In 2004, two semesters before she was set to graduate from the University of Central Florida with a degree in criminal justice, then-23-year-old Yolanda Perkins was sentenced to 37 months in prison for possession of stolen mail, a white-collar offense. Since her 2006 release, Yolanda has earned bachelor’s and master’s degrees and published a book about her experiences.

In 1999, after she moved to Orlando for college, Yolanda met a man and fell in love.  In late 2001, she began to believe that her then-boyfriend was starting to lose interest in her, and decided she had to do something to win him back or risk losing him. Around the same time, she started working in the mailroom at her apartment complex, in exchange for free rent. Though Yolanda was able to spend some money on her boyfriend in an effort to keep him, she still felt it wasn’t enough. 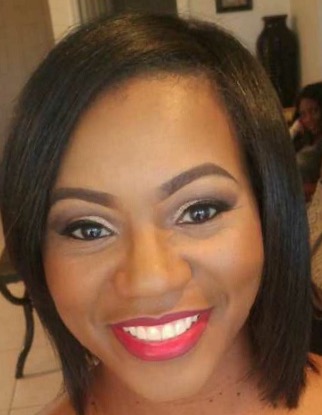 So, Yolanda began stealing credit cards from the mailroom.  She knew it was wrong, but she justified her actions by telling herself that what she was doing wasn’t really hurting anyone. She began buying gifts for her then-boyfriend and giving him money.

Eventually, Yolanda was caught and indicted on charges of credit card fraud and possession of stolen mail.  In exchange for her guilty plea, the credit card fraud charge was dropped.  On February 25, 2004, Yolanda self-surrendered to the Federal Correctional Institution in Tallahassee, Florida. When asked by the judge to explain her actions, Yolanda’s response was, “I was only trying to please my boyfriend.”

While incarcerated, Yolanda began to realize that she, along with many other women, lacked confidence and dealt with low self-esteem.  She participated in many self-help groups that were offered in an effort to rebuild her own sense of self-worth. While in prison, Yolanda worked as a writing tutor and a youth mentor.  In 2006, shortly before she was set to be released from prison, Yolanda gave her life to Christ.

After her release, Yolanda spent three challenging months in a halfway house. Her felony record made it difficult to find a job, and, on several occasions, Yolanda was told by her case manager that she should give up her dream of working in an office and instead look for work in construction or cleaning houses.

But Yolanda was undeterred, and continued filling out job applications and going on interviews. After three months of submitting more than 200 applications, in September 2006, Yolanda was offered a job with Goodwill Industries of Southwest Florida, as a benefits specialist. The human resources director at the time believed in Yolanda and thought she deserved a second chance.

After graduating, Yolanda began seriously contemplating writing a book, an idea she’d had for a while. It wasn’t until she and her husband were faced with pregnancy complications and Yolanda was placed on bed rest, that her former pastor and mentor encouraged her follow through on the project.  In 2012, Yolanda published the book “CONSEQUENCES.”

Today, Yolanda continues to share her story of incarceration in order to bring awareness and attention to the issue of low self-esteem, and to encourage, motivate, and inspire others who are released back into society.  In addition to being a motivational speaker and published author, Yolanda serves as a speaker—she sits on panels, and also speaks to local high schools and youth groups. Most recently, Yolanda was awarded the Black Girls Rock Award of Southwest Florida, given by Freely Give, a non-profit organization.  Yolanda is also the owner of Bellalicious Cosmetics, a children’s cosmetics line of handmade nail polish, lip gloss and hair care products that promotes beauty and confidence from the inside and out. She is currently working on publishing several more books and completing her doctoral studies at Nova Southeastern University in 2017.