William Forrester became addicted to pain medication after surgery. In the fierce grip of his disease, he obtained oxycodone with a fake prescription. He badly needed help with his addiction; instead, he is now in state prison. UPDATE: William was released from prison in June of 2021.

“The pain never seemed to go away, no matter how much medication I took.”

William Forrester became addicted to pain pills after having a lung removed because of cancer in 2002. His addiction, like much of his story, is sadly like that of thousands of others—with the same sad ending. William is 60 and serving 15 years in a Florida state prison for a low-level drug offense. 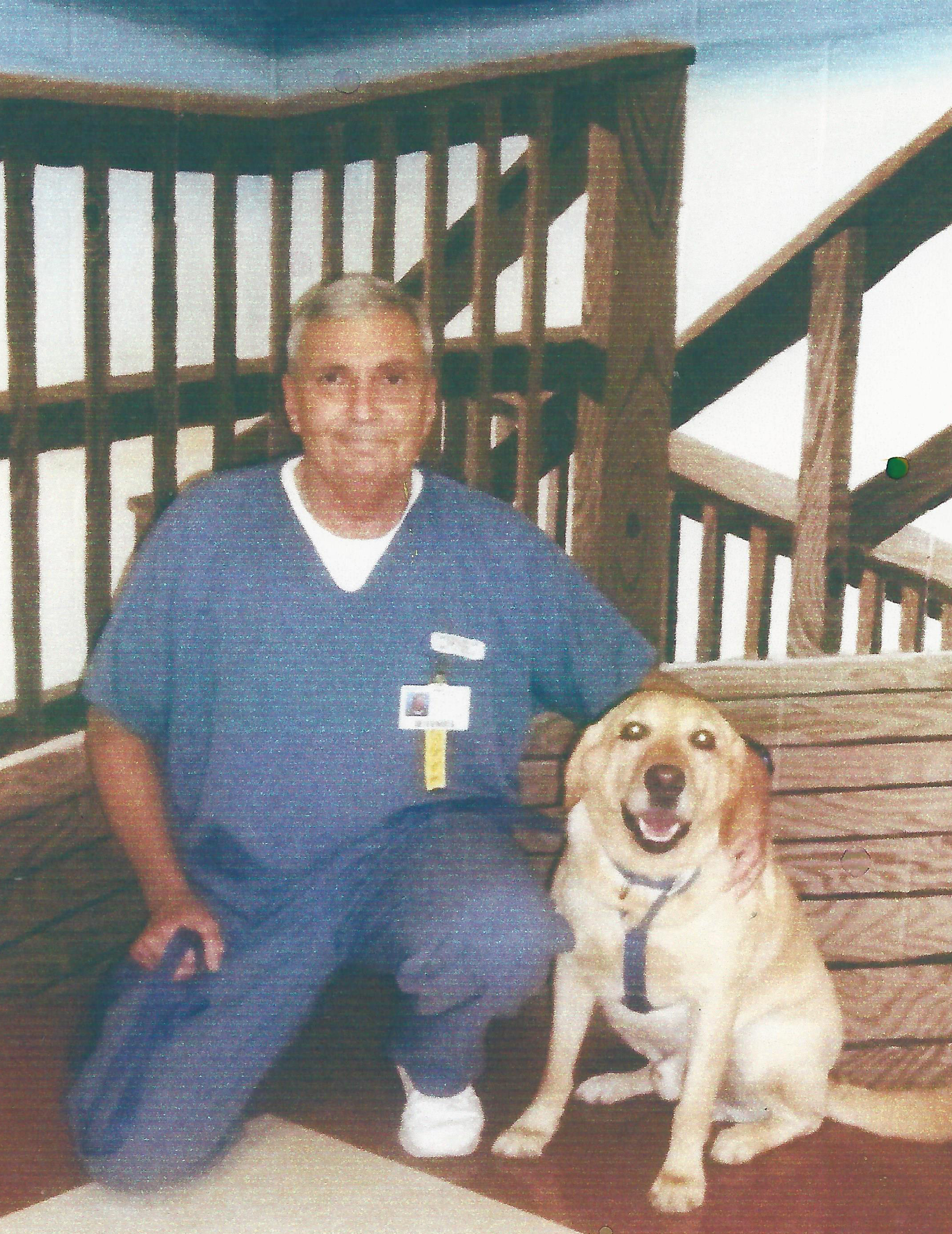 William was born and raised in Bradenton, Florida. He worked his way through junior college, earning an associate’s degree in electronic communications and attending trade school. All the while, he owned a lawn service to pay for his education. At age 20, he landed a good job at General Telephone of Florida and married his high school sweetheart. He remained in his hometown until the marriage dissolved eight years later, then moved away for a fresh start and a new job in Tulsa, Oklahoma.

At age 42, he moved back home to Florida to care for his 95-year-old grandmother. Every week, he made the two-hour drive back to his own home in Orlando to mow his lawn and manage his affairs. He had a steady job at in telecommunications, and all was going smoothly until he was diagnosed with cancer in 2002.

“The next six years,” says William, “I spent mostly in the hospital and in a lot of pain due to complications and other surgeries.” His long-term treatment included several pain medications, including morphine and oxycodone.

Soon he found himself needing more pills than he was prescribed. Eventually, he was completely addicted to prescription painkillers. “He was so addicted,” says a longtime friend, Ted, “that it totally changed his personality.”

When William’s morphine prescription was reduced, his doctor refused to increase his oxycodone levels. In desperation and still in pain, William went to his pharmacist with a false prescription for more medication and illegally obtained oxycodone pills. After he went to fill a second prescription, his pharmacist became suspicious and called the police. William was arrested and charged with prescription fraud. And because he illegally possessed 120 oxycodone pills, he was charged with “trafficking in oxycodone,” an offense that carried a mandatory 15-year prison sentence.

William was offered a plea bargain that would eliminate the trafficking charge and require five years of prison followed by two years of probation. He rejected the offer and chose instead to go to trial. He was convicted on both charges.

Though William’s prosecutor felt five years was sufficient for public safety, Florida’s sentencing laws forced Judge Roger McDonald to sentence William to 15 years in prison. At his sentencing hearing, Judge McDonald explained to William that he had no other choice:

If [drug rehab] was an option, then certainly we would talk about it. But my hands are tied by the law, and I have to sentence you to 15 years, and there’s no ifs, ands or buts about it…the Legislature has said for this particular crime, we prescribe a fixed sentence, and …it doesn’t give me A, B or C. I’ve only got A.

Florida’s drug sentencing laws punish addicts as if they were kingpins or major drug dealers. So William Forrester remains in prison today, having served nine years, with little to no hope of early release. “Will should have had rehab,” says his friend Ted. “But he didn’t. In fact, prison probably saved him. But why such a long sentence? Fifteen years for 120 pills?”

Since entering prison, William has lost both his sister and father without a chance to say goodbye. He can’t help but think that if Florida’s laws contained a “safety valve” that would have given Judge McDonald some discretion, the judge would have used it to reduce William’s sentence. Judges in Georgia, Alabama, and Mississippi already have discretion to depart from a mandatory minimum sentence if circumstances warrant a shorter sentence or an alternative to prison, such as drug treatment. And judges in Louisiana and Texas aren’t bound by mandatory minimum drug sentences at all. Unfortunately, in Florida, Judge McDonald’s hands were tied.

But William is staying positive, trying hard to keep focused on his eventual freedom, taking classes such as horticulture, turf/lawn management, and dog training while maintaining a clear disciplinary record—and never losing sight of his future. “When I’m free, I will resume my hobbies of aquarium and gardening, find a part-time employer, and establish myself in a church. I want to do things a gentleman of my age should be doing. I want to once again become a responsible citizen.”