Because of the Drug-Free School Zone Act in Tennessee, this low-level drug offender is serving a decade longer than he would have without that enhancement. UPDATE: Terrance was released from prison in 2020.

A distance of 101 feet. For Terrance Davis, that length was the difference between 12 years in prison—with the possibility of parole after serving four years—and the sentence he got: 22 years without parole.

Terrance was 24 and selling small amounts of powder cocaine when one of his customers told the police about him. Law enforcement set up a controlled buy, and Terrance was arrested. His long sentence was the result of a type of mandatory sentence mandated by the Drug-Free School Zone Act, legislation designed to protect children.

In Terrance’s case, the drug sale occurred around 11 p.m. one night, inside of his apartment. He lived in a gated community in Nashville; there was no access to the place unless Terrance buzzed someone in from in front of the complex. And although it hadn’t ever seemed to be an important issue before, Terrance’s apartment was just over 900 feet from a school—which, under Tennessee law, meant that it was in a drug-free school zone (within 1,000 feet of a school). 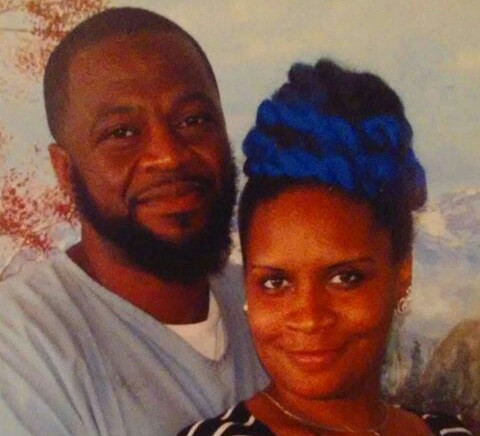 Court documents describe the law that gave Terrance his harsh sentence: “to create drug-free zones for the purpose of providing vulnerable persons in this state an environment in which they can learn, play and enjoy themselves without the distractions and dangers that are incident to the occurrence of illegal drug activities. The enhanced and mandatory minimum sentences required by this section for drug offenses occurring in a drug-free zone are necessary to serve as a deterrent to such unacceptable conduct.”

There were no children anywhere near Terrance’s apartment, and school wasn’t even in session. The crime took place at night, inside his apartment, but “because he possessed and delivered cocaine in a school zone,” court documents state, “defendant’s plea-bargained sentence was imposed pursuant to the Drug-Free School Zone Act.” If he’d lived in an apartment on the other side of his complex, he would have been outside the school zone—and Terrance’s sentence would have been 10 years shorter than what it is.

Terrance’s wife, Joi Davis, has made it a mission to learn all she can about the law that put him behind bars and is his biggest supporter. “Terrance has sat in prison for almost 15 years when he could’ve been working in the community sharing his testimony to help others not take his path.”

Terrance knows a lot about choosing the wrong path—especially when the choice of paths is limited. He grew up in a very small town in Tennessee, one of five children. In high school he was passionate about football, and he was the first child in his family to go on to graduate. But after that, the opportunities and motivation dwindled. Football went nowhere, and jobs were few and far between, not to mention a career.

Eventually, he turned to selling drugs, although he was never an addict himself. After his arrest, Terrance was charged with felonious possession of over 26 grams of cocaine in a school zone and delivery of .5 grams or more of cocaine. He pleaded guilty, and the two cocaine offenses committed in a school zone meant he was sentenced to concurrent sentences of 22 years to be served at 100 percent.

These laws essentially charge an offender twice for the same crime. And as with many drug sentencing laws designed to catch kingpins and deter crime, they don’t necessarily work. Some of the delineated zones are so large that they cover entire cities, which means that small-time dealers like Terrance Davis end up doing much longer sentences than public safety demands. The zone in Tennessee is one of the most restrictive.

In Terrance’s case, his punishment is especially ironic: The law that was designed to protect children has taken a father away from two children.

“Terrance is an excellent father, considering the circumstances,” Joi says. “He is in contact with his sons whenever he has the chance. He always makes sure to send birthday cards and holiday cards, and to be their father as best he can.

Terrance knows what he did was wrong. He knows that he should pay for his crime. But he is dismayed at the length of his sentence because of a matter of 101 feet, and by how the law seems to view him. “Like child rapists and multiple rapists,” court documents say, “defendants dealing drugs in school zones who are sentenced to the minimum term in their sentencing range will serve literally 100% of their sentences.”

Meanwhile, Terrance holds out hope that he will be eligible for an early release. He works hard to stay positive and involved in programming. A happy development was his recent marriage to Joi, on July 16, 2017. The ceremony was a profound reflection of their commitment to each other, especially because it came after a year-long suspension of visiting privileges at the prison. For that entire time, they could only communicate by letters and phone calls.

“Terrance and I have a five-year vision board,” Joi explains, “which starts the moment he is released. In order: truck-driving school, CDL license, job, start own company, move to Chattanooga, and build a log home. I will continue my career in education while Terrance completes his plans, hopes, and dreams.”

In Joi, Terrance has found a soulmate and an advocate. “Lawmakers need to look over these sentencing laws, stop mandatory minimums, and make the time fit the crime,” she says. “Instead of spending all this money incarcerating people, they should use these funds to go into communities and provide skills and opportunities to those who need it. Provide drug treatments to the addicts and work with them to improve their lives. For a lot of people, including Terrance, they sell drugs for lack of opportunity. Small towns, no jobs.”

Offense: Felonious possession of over 26 grams of cocaine in a school zone; delivery of .5 grams or more of cocaine