Elizabeth was a shy child and adolescent who struggled with self-esteem issues from an early age.  Problems for Elizabeth became even worse during her teens, around the time of her parents’ separation and divorce.

As a teenager, she began experimenting with alcohol, drugs and risky behaviors. This kind of conduct caused many ups and downs academically. Somewhat of a paradox to her self-destructive behavior, she had an obsessive need to be self-reliant and began working as soon as she was able to obtain a work permit. She worked in retail and restaurants throughout high school. Elizabeth was able to turn things around during her senior year by attending a vocational school for merchandising and marketing.

After graduating from high school, she continued on to college where she changed her majors several times and began working in the nutritional supplement and fitness industry. She also continued to drink often and experiment with other drugs, such as, ecstasy and crystal methamphetamine. Elizabeth believed these drugs helped her to express herself, connect and stay focused and productive. In college and later in prison mental health and learning disorders were diagnosed.

Despite the addiction and mental health issues, in 2003 she graduated from Northern Kentucky University with a BS in Sociology and a Concentration in Business Management. After graduation she continued to work in the fitness industry, but soon thereafter, the health of her personal, financial and relationships took a downward spiral.

In 2004, Elizabeth moved from Cincinnati, Ohio to Virginia (where her mother had relocated) to take a position as a live in domestic assistant for a friend of her mother’s in an attempt to escape the party lifestyle that had become the norm. Not capable of acknowledging openly that the drugs were an addiction and a problem, she continued to believe she was “just partying too much.” For Elizabeth, the move from a high rise in the city, to a small town in the country was a total culture shock and it didn’t take long before she sought out the old activities that felt like fun. She took on a weekend job as a cocktail server in a small-town bar.

After moving back to Virginia, Elizabeth returned to Ohio several times to pick-up the remainder of her personal belongings. She also partied and started bringing back drugs to Virginia. One day while working at the bar in Virginia, a co-worker introduced her to someone that “liked to party like we do.” This new acquaintance, turned out to be a confidential informant who easily influenced Elizabeth to obtain crystal meth from Ohio for him. Shortly after their meeting, came the introduction to the ATF agent posing as a “business partner.”

With each trip to Ohio for the “business partners” the quantities of cash and drugs increased. On the day of what would have been her final trip to Ohio, her significant other who she had quickly moved in with after meeting, refused to take her to her flight in opposition to the suspected drug dealing activities. Elizabeth explains, “The plan had been to meet the business partner, who was conveniently going to be in Ohio for a business trip and supply him with a large amount of methamphetamine.”

When Elizabeth learned she would not be making the intended flight, she called her supplier and the “business partner” and arranged for them to meet directly. Though reluctant, the supplier agreed and was arrested at the meeting. The original intention had been for both the supplier and Elizabeth to be taken into custody that day. After learning from a mutual friend what had happened, she claimed she had no involvement in the arrest. Paralyzed with fear, coping by going into complete denial.

The “business partner” called Elizabeth a few days later and assured her that everything was fine and that he had her cut of the money for making the arrangement. Around July 2005, still in a state of denial she agreed to meet the “business partner/ATF agent” where she was placed in a SUV and told she was being indicted, and if she didn’t cooperate she would face LIFE in prison and a four million dollar fine. Those words would change her life forever.

The Road to Recovery …

After being released on pretrial supervision and while suffering from severe depression, she encouraged her then boyfriend, now husband to enroll in culinary school. It was something he had expressed interest in. They had talked about owning their own restaurant one day and Elizabeth enrolled with him, despite her impending arraignment.

In October 2005, she plead guilty and was eventually sentenced to 63 months prison and 5 years supervised release and transported to a rural county jail for 5 months before being moved to Alderson Federal Prison Camp in Alderson, WV to serve her time. Almost immediately after arriving in Alderson, she started distance learning undergraduate courses to increase her GPA, with a goal of enrolling in grad school upon her release.

Elizabeth wasted no time. While she was on the waitlist for the Bureau of Prisons Residential Drug Abuse Program, she earned a certificate in Culinary Arts through a pilot program between the prison and a nearby technical college. The instructor was a chef at the prestigious Greenbriar Resort in West Virginia and they are still in contact today. After completing the nine month intensive RDAP drug treatment and counseling program she was released to a work release jail for six months. The district she released to did not have a federal half-way house. Elizabeth secured employment at a nearby gym and worked her way from front desk associate to office manager and on to membership sales. After completing the six months in the work release program, she was allowed to stay in the area to attend a MBA Essentials Graduate Certificate Program in Business at Shenandoah University. She was also the first person on supervised release to be given permission to travel abroad by a federal judge so she could study at Oxford University in England with her Shenandoah class.

In 2012, she began working on farms; learning sustainable production methods and assisting with marketing and sales. Soon after that, Elizabeth found out she was expecting and in March 2013, she married the man she had met all those years ago. In May 2013, she delivered a beautiful baby girl. In 2015, Elizabeth started her business, Farm-to-table Solutions. She says:

“My passion for local, humane, fair and environmentally-friendly food sprouted when I read Michael Pollan’s Omnivore’s Dilemma while in prison. I eventually ventured to local farmers markets and found talking directly to farmers to be very fulfilling. I loved learning how to cook with and dabble in preserving seasonal ingredients. My hands on experience in farming started as a hobby with a vegetable garden, some backyard layers and a trio of rabbits. Soon after, I left the fitness membership sales to get my hands dirty on local farms. The farmers and my coworkers were a wealth of knowledge and in exchange for the learning opportunity, I was able to utilize my experience in sales, community outreach and training in culinary to assist in the farms’ marketing efforts. I have quickly built a network of like-minded professionals and I leverage this network and experience to meet the business needs of others.

“Through my business, in addition to helping farms and farmers markets with marketing needs, I work as Marketing Coordinator, Local Sourcing Agent and Roof-Top Gardener for The New Bridge Wine Bar & Restaurant, where my husband is General Manager/Executive Chef. We are working on a strategy to become owners of the restaurant by 2017. I have made decisions (good and bad) that have brought me to where I am today, and I am grateful that all of the turns in my life journey have meshed into a place of fulfillment and wellness.”

She is grateful and fortunate to have a supportive family, practitioners, employers and now husband that stood by throughout the disorder and disease of addiction and for the people who — upon her release — gave her opportunities that lead her to where she is today. Elizabeth was discharged from Supervised Release one year early and her civil rights were restored by the Governor of Virginia on March 26, 2015. 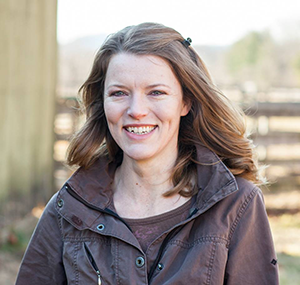 Offense: Conspiracy to Possess with Intent to Distribute Methamphetamine