Cassie’s husband Chris is in prison for six years on a wire fraud charge. They married just months before his incarceration, and the years since have made her an outspoken and fearless advocate for criminal justice reform. She shares here the roller-coaster of emotions that families of prisoners go through. 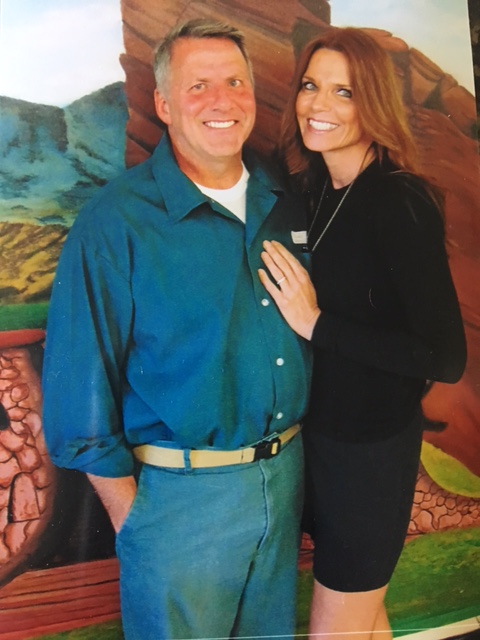 “Happy Thanksgiving.” That was the simple text message I received on Thanksgiving Day 2011 from my old friend Chris. We agreed to meet the following evening and catch up. That evening, we were so intensely caught up in each other that people came over to comment! He swept me off my feet that night—and I have yet to touch the ground.

Chris was indicted on July 23, 2015, of wire fraud. The year before, he had told me about what he’d done. It was such a surreal moment hearing of his crime, I just wanted to wake up from this bad dream. But this wasn’t a bad dream, this was real. As Chris spoke to me, he never tried to justify his actions. He was sickened and disgusted by what he had done. The tears that came from his eyes were not only tears of remorse but tears of relief that he would no longer have to live this lie.

I chose to stand by Chris. Chris also has the support of his four siblings. Chris was so embarrassed and ashamed to have his siblings know of his offense. Imagine the relief and comfort he felt as his siblings simply showed him love and support.

Chris and I were married in April of 2016, just three months before he had to report to Federal Prison. There are people that wonder why I would marry a man who not only committed a crime but is going away for six years. I say, how could anyone abandon someone they love?

My husband was sentenced to 80 months. I was stunned. Let’s be real: Murderers and rapists have received lower sentences. There was not one consideration for my husband’s circumstances, his mental health at the time, how a lengthy sentence can affect family life, or how much it is going to cost us taxpayers to incarcerate this man for six years. I would never say my husband should not receive jail time—there are consequences to actions. There is a right amount of time locked up, during which a person will reflect on what they did and can work hard on redemption and bettering themselves. Then there is excessive time, during which a person could become jaded and angry.

The day I took my husband to self-report to federal prison he presented me with two great big jars. One was filled with Hershey kisses. He said anytime while he is away that I need a hug or kiss from him, I should eat one of them. And he did not just dump the many bags of candy into the jar; he touched every single piece of candy.

The other jar contains handwritten notes. He said anytime I just need to feel his presence to read one. It has been 14 months and I am halfway through the jar of notes.

Our flawed justice system and lengthy prison sentences for nonviolent crimes have had a harsh and damaging effect on a lot of families and relationships. I praise the husbands, wives, mothers, fathers, sons, and daughters who all stand strong and convicted in their love and support for their loved one who is incarcerated. It can be lonely and hard for us, as there is not a lot of support, compassion, and understanding for our situation.

My husband and I both refuse to let this lengthy sentence break us. Chris said he will not waste his time in prison. He has a job in recycling that keeps him very busy. He keeps a very positive attitude and has a positive effect on others. He has unearthed a gift for writing scripture shares. He also writes me Saturday date night letters that transport me into a real date with my husband where I laugh, cry, smile, and am often left breathless by his romance.

I feel not only compassion and conviction for my husband but for others in the same position. Every single one of us has it in us to fall down. It doesn’t make us less human but rather it is what makes us human.

Thank you for allowing me to share a bit of our story.