Michael is a veteran serving a mandatory 25-year sentence under Florida’s 10-20-Life law after he fired two shots in self-defense, shots that did not seriously injure his attacker. Read more about what Michael’s incarceration means to his family via an op-ed by his mother, Phyllis Giles.

On Feb. 6, 2010, active duty air force serviceman Michael Giles was invited to a Tallahassee nightclub by a few of his friends. Giles, a young father, was stationed in Tampa at the time, after spending the previous six years on tours of duty in places such as Iraq and Kuwait.

Michael accepted the invitation to hang out, thinking it would be a good time. Unfortunately, the night took a violent turn.

Two area fraternity chapters began arguing and fighting inside of the club, and the chaos soon turned into a brawl involving dozens of people that spilled into the club’s parking lot. Michael thought that, during the commotion, his friends may have all gathered at the rental car one of his buddies had used to drive everyone to the party that night. When he made it to the vehicle, but didn’t find his friends there, Michael retrieved his legally owned handgun from the glove box, and resumed his search for his friends. “I removed the handgun because the car was unlocked and [people] were walking between the cars,” Michael says. Despite the fact that he was not involved in the fight, while Michael was looking for his friends, he was attacked from behind and punched to the ground.

Fearing for his life, he fired two shots from his firearm in an attempt to defend himself. His attacker was struck in the leg, but not seriously injured.

The gunshots broke up the fight, and Michael says he went across the street from the club to get away from the people that harmed him. He was arrested shortly after the incident and charged in Florida state court. There was little dispute over the facts of the case—the prosecutor and defense attorneys agreed that Michael had been attacked. Even the testimony of Michael’s attacker supported that fact. However, prosecutors argued that he did not need to fire a gun to defend himself, and charged him with attempted murder.

“If I wouldn’t have had my firearm that night, I believe I would have been killed or [would be] permanently handicapped right now,” Michael says. “I was never one for trouble, which is the reason why I never had a criminal record before this offense.”

Ultimately, Michael was acquitted of the attempted murder charges, but a jury convicted him of aggravated battery—because a gun was involved, the offense carries a mandatory minimum sentence under Florida’s 10-20-Life law. Michael was sentenced to the 25-year minimum required by the law, despite his judge’s strong objections. During trial, and again at sentencing, Michael’s judge expressed concern over the sentence: “Frankly, I think the 25-year mandatory is overly harsh on the facts of this case, but that’s what the law requires I do….I have no legal authority to impose less than that.” 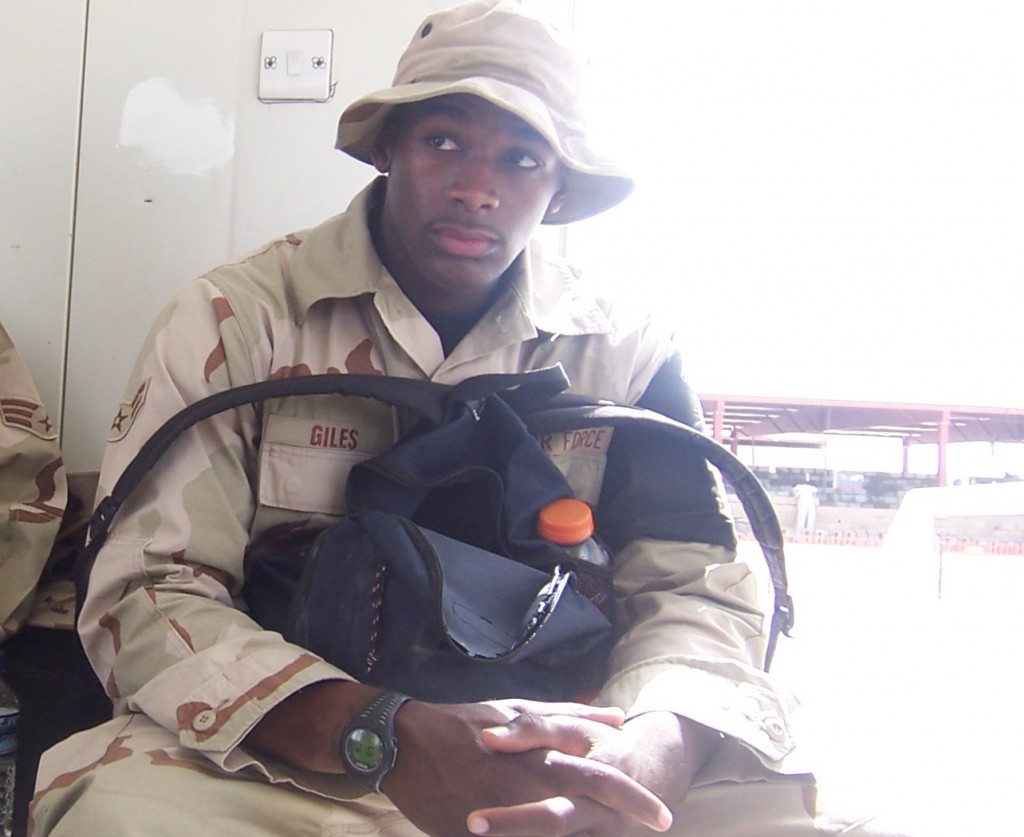 The judge wasn’t the only one who thought the mandatory sentence was excessive. Since his sentencing, Michael has received support from advocates and legislators in his state who believe that he should be free. Michael’s mother, Phyllis Giles, says that the concern of others and prayer are the two things bringing comfort to her tight-knit military family (both of Michael’s parents are veterans, and both of his brothers have served as well).

Giles, who bravely served his country, will be nearly 50 years old when he is released from prison if he doesn’t receive some form of relief.

“I am a father of three beautiful children, and a military veteran who believes in fighting for this country to keep them safe,” Michael says. “[Despite] all of my accomplishments outside of these walls, where I was a standup citizen, in here I just feel like a failure for not being out there with my kids even though I did nothing wrong. It’s hard thinking about all the things you’ve tried to do right, and still end up on the bad side of things.”