This first-time offender spiraled into selling drugs — “the worst decision I’ve ever made” — after his addiction took fierce hold and wouldn’t let go. The judge at his trial said the long mandatory sentence was “quite harsh,” but he had no choice but to impose it. Now Graham is behind bars for almost 15 years.

Kenneth “Graham” Stanley was born in 1983 in Greensboro, North Carolina, to a loving family. His dad was chief of the local fire department, and his mom, a successful hair stylist, ran her own business. He played all kinds of sports, and his parents never missed a game. He was popular in school. At age 14, he got his first summer job — out in the fields picking tobacco all day long. When he turned 16, he got his driver’s license. He made a pact with his dad that day: Make good grades and his father would buy him a truck. They both made good on their promises.

No one ever thought that Graham would end up serving a lengthy prison sentence. But that’s exactly what happened.

In high school, he tried alcohol. He didn’t like it at first — not the taste, the stupid things people do when they are drunk, or the way he felt the next day. He turned to marijuana. By the end of senior year, he was using every day. That same year, he tried cocaine and found himself in a vicious cycle: “Coke to jack me up and weed to bring me back down,” he now says. “That’s the way addiction makes you act.”

Graham went to community college to please his parents, but dropped out early on, “smoking weed every chance I could get.” He became distant from his family, “because I didn’t want them to know the person I had become.” He did have his own landscaping business but it was very hard going. Struggling to make ends meet, he made what he now calls “the worst decision I’ve ever made.” He began selling marijuana and cocaine. “I was a kid junkie trying to get by and stay high with nothing to show for it.”

When a “friend” called to arrange a large-scale cocaine sale, Graham initially said no. But the friend kept calling. Eventually Graham agreed to be the middleman and drive the vehicle in which the sale would be made. The transaction turned out to be a controlled buy: An undercover law enforcement officer met the men, then police arrived on the scene and arrested Graham and two others. Graham had not touched the drugs or the money, and no weapons were involved.

“We were shocked when he got arrested,” says Graham’s father, Kenny. To the family, Graham seemed to be doing fine. They thought his business was doing well, and they hadn’t noticed any signs of drug use.

Once the court released Graham on bond, he told his father that he fully recognized his crime and wanted to pay for the lawyer they’d hired. He worked hard and did just that. In the meantime, his two co-defendants took pleas and received probation. Graham declined to cooperate. “I just can’t live with myself knowing I set someone else up that cost them 15 years of their life. Or put myself and family in the situation for retaliation.” This decision cost him the opportunity to plea. And soon it would cost him a lot more.

The jury convicted him of conspiracy to traffic in cocaine, trafficking by possession of cocaine, and trafficking by transportation of cocaine. At sentencing, it became clear that the judge, the Hon. Ronald Spivey, who seemed surprised to learn that Graham had no prior record, did not want to impose the mandatory minimum, saying at one point during proceedings that “the penalty is quite harsh.” Nonetheless, he had to sentence Graham, then 25, to 175 to 219 months — at least 14.5 years. This first-time offender will be in prison until age 40.

Ten years into his sentence, Graham has had plenty of time to reflect on his mistake — and to look forward. By all accounts, he has done a great job of rehabilitating himself and taking advantage of as much programming and positive influences as he can in prison, however few those may be. He has completed several classes, earning certificates related to construction and building trades. He completed the dog-training program. Now, he is in the process of completing the two-year barber certification program. He has worked as a barber in several of the states’ facilities, and, when released, he is planning to work in his mother’s salon.

Most important, his outlook has changed. “I hope to give back to the community and maybe get involved as a mentor and coach for young people that may be going down the same path I chose. I believe I can be a positive influence in someone’s life by showing them the mistakes I made, and counsel them about the dangers of drugs and drug abuse so that hopefully they can learn from my mistakes. I have great family support, and I never want to let them down again.” 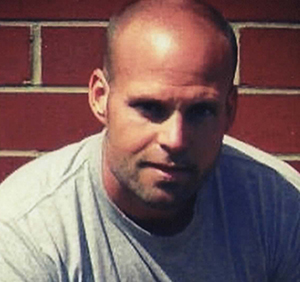