“I want to be part of the solution and no longer part of the problem. One bad decision does not have to define you; you can change if in your heart you want to change.” -Eric Wilson

UPDATE: Eric Wilson’s sentence was commuted by President Obama in 2016. He will be released in 2026 rather than continue to serve a life sentence. 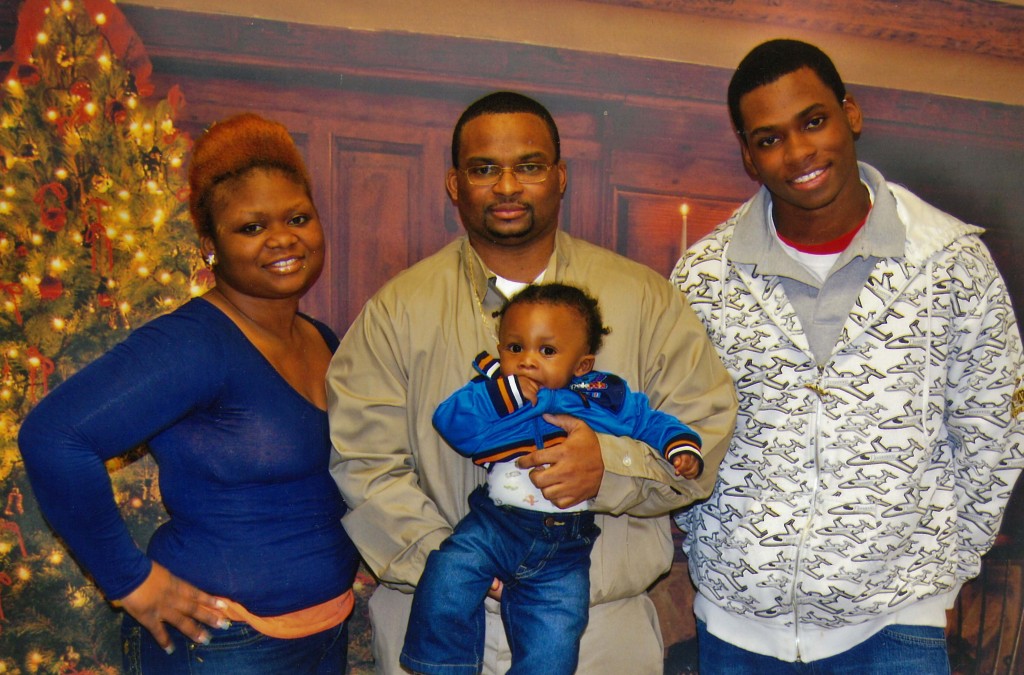 Eric Wilson looks proudly at the collection of knives, razor blades, sharpened scissors, and welding guns in his possession at the federal prison in Pekin, Illinois. Some might see his cache as a treasure trove of contraband, but Eric Wilson sees it as a future. He starts his shift in the prison steel factory as a skilled welder, something he has done for the last seven years. The radiant blue light of Eric’s welding gun always reminds him just how far he’s traveled in life.

Often in moments like this, memories of his teenage, drug –addicted mother leaving him with no food, of being tortured in a dark, dingy Chicago police station, and of his own gang beating flash before him. Finally, Eric remembers the day he stood before a federal judge who sentenced him to a mandatory lifetime of imprisonment and the fact that he has already been locked away for over 20 years.

Eric Wilson has come a long way from his four-year stint as a member of the Gangster Disciples in the mid-1990’s. At age 26, in 1998, he was convicted of being a principal in a “continuing criminal enterprise.” The sentencing judge held Eric responsible for the distribution of 7.6 kilograms of crack cocaine – a ruling that triggered a harsh mandatory life sentence. The judge did not want to sentence Eric to life in 1998, stating, “I look at you and I find out…how bright you are and how committed you are to learning things, this sentence is not something that I enjoy imposing on a person like you, but I didn’t make the law.” 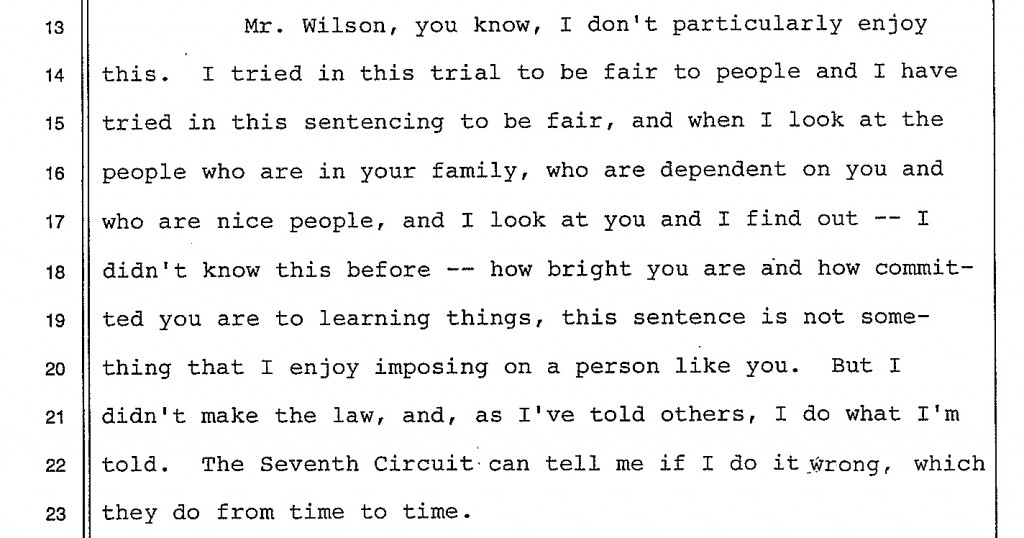 Before Eric’s life sentence, he had never spent a single day in prison, though he came dangerously close one night in 1988. Eric, then 19, was tortured by Chicago police officers in a now infamous Southside Chicago police precinct. He survived a night of beatings, threats, and intimidation and refused to falsely implicate his cousin in a murder. (Eric’s cousin, however, who was in the interrogation room next to Eric, did falsely confess, and ended up spending 21 years in prison – 13 of them on death row—before his ultimate exoneration.)

Eric’s torture ordeal was not an anomaly in Chicago’s sordid policing past. He is one of more than 200 men subjected to torture under former Chicago Police Commander Jon Burge. Eric is unique because he is one of only 60 living known Burge torture survivors. For his suffering, Eric received $100,000 in compensatory reparations and guaranteed free college tuition if he is ever released from prison. The City of Chicago has also guaranteed that Eric will receive free psychological counseling, housing assistance, job training and access to City services upon his release.

But for Eric, it is not the City’s money that helps heal him from those hours of police torture, it is the radiant blue light of the prison welding gun he picks up each day, the craft of working with tools, metal, and flame, nearly 30 years later that brings him solace.

Eric has demonstrated good conduct while in prison, and throughout his lengthy incarceration his disciplinary record shows only one blemish. In 1999, he placed an unauthorized phone call to his wife and children after their home had just burned to the ground. There’s no doubt that he has used this time to become someone who will be successful upon release. Before Eric was even sentenced, but was still in federal custody he earned his GED from the Illinois State Board of Education. He also participated in a number of parenting and crisis management classes, and an intensive self-help program, Approaches to Meaningful Lifestyles.

Since the beginning of Eric’s incarceration he has demonstrated strong character, resilience and re-entry planning. Eric has continued to complete numerous self-help courses, as well as vocational training courses to prepare for his release. In the fall of 2008, Eric maintained a perfect 4.0 G.P.A. in his college classes while working for UNICOR (a federal prison job program) and serving a life sentence. Eric has continued his education by attending Ashworth College and Illinois Central College. While at ICC, he made the President’s List. Eric has worked diligently to help others, as well as himself, to change the old criminal ways of thinking. While most lifers are tempted to despair and to quit growing, Eric has refused those paths.

Eric works at UNICOR as a skilled welder, who trains new prisoner employees in the welding trade, as well as helping his fellow prisoners in any way he can. Eric’s prison supervisors have only positive comments to offer about his work ethic, his conduct and his character. He has received UNICOR Special Achievement Awards and wage bonuses for his “fine work performance” and “outstanding work contributions.” Eric is trusted to work in the steel factory with weapons and contraband, demonstrating that Eric has earned the utmost trust of prison officials. FCI Pekin’s factory supervisor attests that “Eric Wilson will be an asset to the outside community as well as any job in which he would be employed.”

Soon Eric will be giving back even more. After working in UNICOR for over 15 years, the factory is closing and Eric will be moving to the education department to share more of his many talents with others. If he is released, Eric says, “I want to go back to school since I will be blessed with a tuition free continuing education, and finish my business classes. Next, I want to start a business with the monetary reparations from the City of Chicago while teaming up with community churches in the area to help those like myself who made poor life choices. I want to be part of the solution and no longer part of the problem. One bad decision does not have to define you; you can change if in your heart you want to change.” Eric has petitioned the Obama Administration to commute his life sentence.