David was only 14 when he first started selling marijuana to support his own habit. At 18, he and his uncle were arrested for dealing, and David’s uncle blamed David for everything. He received the mandatory 18 years and nine months to 23 years and three months for conspiracy to traffic and trafficking methamphetamine.

“I know the things I was doing were wrong and I’m not innocent…but I don’t feel like I needed a 19-year sentence to realize this.”

David was only 14 when he first started to sell marijuana to support his drug habit.  In a year, he was a middleman, selling up pounds of marijuana to small-time peddlers.  David soon began dealing methamphetamine and as he made more money, his drug habit worsened. By the time he was 16, David was using marijuana, LSD, methamphetamine, cocaine, opium, Ecstasy, alcohol, and prescription pills on a regular basis.

On September 15, 2000, David and his uncle drove to a North Carolina Holiday Inn where an undercover police officer was waiting to conduct a controlled buy from them. David’s uncle sold the officer one pound of methamphetamine in exchange for $13,000.  David and his uncle were immediately arrested.  A gun was found under the front passenger seat of the uncle’s car.  When police searched the house where David and his uncle resided, they found a pound of methamphetamine, 2.5 pounds of marijuana, and some prescription pills.  David’s uncle told the police that all the drugs and the gun belonged solely to David. 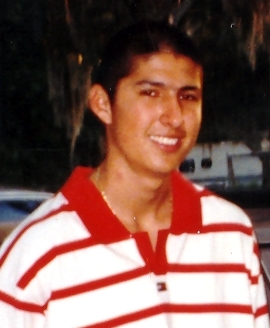 David went to trial and was found guilty. In North Carolina, trafficking over 400 grams of methamphetamine automatically results in a mandatory term of 225 to 279 months. David, an 18-year old with a severe drug addiction, was sentenced to the mandatory minimum sentence of 18 years and 9 months. Without the mandatory penalties, David’s judge could have sentenced him within the guidelines range to between 4 years, 8 months and just over 6 years.

Since his incarceration, David has worked hard to rehabilitate himself.  In addition to attending weekly Narcotics Anonymous meetings, he completed a substance abuse program and worked as a substance abuse peer counselor before the state terminated the program due to budget constrictions.  David has also been working hard to complete his education. He received his G.E.D and fell one semester short of completing his Associates Degree in Mechanical Drafting because the program was cut. He has successfully completed a two-year degree in biblical studies, and is currently working as a chaplain’s assistant and pursuing a bachelor’s degree. David, who has spent almost the entirety of his adult life in prison, accepts full responsibility for his offense. He says, “I know the things I was doing were wrong and I’m not innocent…but I don’t feel like I needed a 19-year sentence to realize this.”