UPDATE: In October 2018, Calvin was resentenced to time served, after a federal magistrate recommended a grant of habeus corpus to which the state courts agreed, without opposition from Davidson County District Attorney General Glenn Funk. Calvin is now a free man.

In 2009, Calvin Bryant was convicted of selling drugs and sentenced to 17 years in Tennessee state prison. He was a first-time offender, and he could have served less than three years; instead, he got 17. Here’s why. 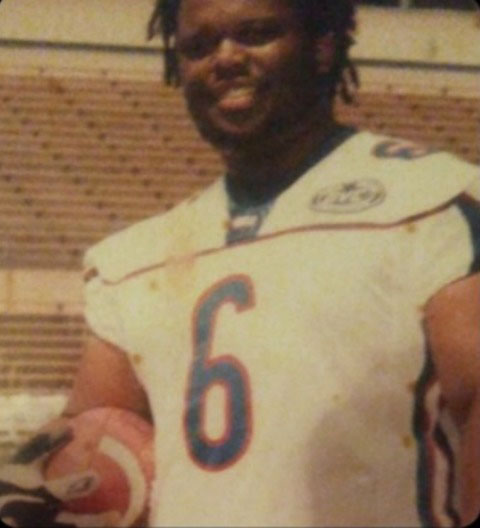 At the time of his arrest, Calvin lived in the Edgehill Housing Projects in Nashville. Edgehill, like much of the urban areas of Nashville, is located in a drug-free school zone, and that’s where Calvin’s crime took place, where there is a school, park, or daycare center on practically every corner. Committing a drug crime in this zone can push a sentence out to absurd lengths. If Calvin had lived, however, in a wealthy residential section of the city—where homes are spacious and services are spread out—his sentence would not have been enhanced by the drug-free school law.

Less than three years, versus 17.

Calvin has been in prison now for almost a decade. For this first-time offense, Calvin has served longer than some rapists and murderers.

In all that time, since the day of his arrest, the support from those who know him has been unwavering. By several accounts, Calvin was a remarkable kid pressured into a very bad criminal decision. His teachers say he was a peacemaker, a born leader, a bright student. His friends say he is loyal, friendly, and generous. “I’ve known Calvin since the fifth grade,” says his girlfriend, Chenika Miller. “And we have always been friends. What attracts me to him, even all these years later, is his big heart and the fact that he has always remained loving, caring, and considerate of others.” 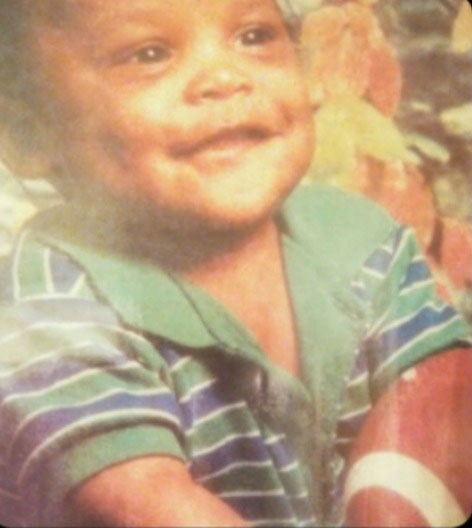 Calvin, now 31, admits he was, as he puts it, always a “Momma’s boy. She’s the reason I’m so strong.” He grew up in poverty, but he did not let that define him. He was a star football player in high school and went on to college and work at the Tennessean newspaper. “I lived in the hood, but my mom and dad always told me, ‘You can grow up in the hood, but you don’t have to let the projects live in you.’”

But in 2008, life delivered him a harsh blow, in the form of a government informant. This person, a longtime family friend, pressured Calvin repeatedly to get ecstasy pills for him. He played on Calvin’s sympathies, telling Calvin that he needed the drugs to make money to feed his family. Although Calvin resisted, the “family friend” reminded Calvin that he had helped to raise him. Finally, Calvin broke down and obtained 320 pills, which he then sold to the friend.

Calvin didn’t know that this “friend” was working for the Metro Nashville Police. At the time of Calvin’s arrest, the man had 39 convictions on his criminal record, several of them for violent felonies. Following Calvin’s arrest, the informant was paid $1,000 in taxpayers’ money. He escaped jail time altogether.

Calvin’s first trial ended in a hung jury because some of the jurors agreed with Calvin’s defense that he had been entrapped into selling the ecstasy pills to the informant. But on retrial, he was convicted. And as with others FAMM has profiled (Sara Moore, Terrance Davis), location was everything when it came to his sentence: 17 years. The school zone law bumped up his felony conviction a full class and made him ineligible for parole until 15 years served.

This law wasn’t meant for Calvin, even though it applied to him. Since the law was enacted roughly 20 years ago, it has only been used in 62 cases in Davidson County, where Calvin was convicted. And Calvin is the only defendant in the history of the county to have the law applied for a first-time offense.

It’s a terrible distinction, but one that might actually win him some relief. It seems that the kid known as “the Fridge” on the football field won’t stop fighting. Calvin deeply regrets that fateful decision back in 2008 to sell drugs, but he is determined to show that 17 years is too long a sentence for his crime. To that end, he will go back before the judge who sentenced him—long-time Davidson County Criminal Court Judge Steve Dozier—December 15, asking for relief from his sentence based on the Eighth Amendment’s prohibition against cruel and unusual punishment. 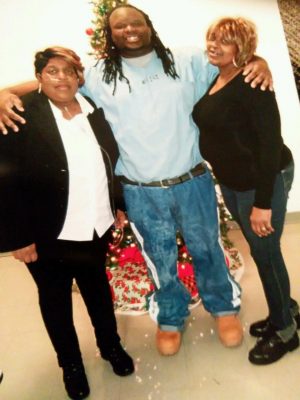 His petition includes dozens of character references from family and friends, leaders from the local chapter of the NAACP, and State Rep. Brenda Gilmore. among others. The owner of Slim & Husky’s Pizza has said that Calvin has a job waiting for him if he is released. Twelve Nashville Metro Council members signed a letter urging sentencing relief.

But perhaps most notable are the words of someone who didn’t know Calvin Bryant at all until he entered the Tennessee criminal justice system: Robert McGuire. As the assistant district attorney for Calvin’s district, Mr. McGuire prosecuted Calvin for the sale and possession of narcotics in a drug-free school zone. Yet now he thinks Calvin should be released early.

In a supporting affidavit from Mr. McGuire, the very man who prosecuted Calvin all those years ago wrote: I fail to see how an additional six years of incarceration will improve Mr. Bryant’s amenability to correction or would be required to maintain public safety. I additionally fail to see how his release at a time earlier than 2023—and after over nine years of incarceration—will deprecate the seriousness of the offense for which he was convicted or significantly imperil the public safety … I would personally not oppose a clemency or early release petition by him, given the long term of incarceration he has already served and the non-violent nature of the offenses for which he was convicted.

I fail to see how an additional six years of incarceration will improve Mr. Bryant’s amenability to correction or would be required to maintain public safety. I additionally fail to see how his release at a time earlier than 2023—and after over nine years of incarceration—will deprecate the seriousness of the offense for which he was convicted or significantly imperil the public safety … I would personally not oppose a clemency or early release petition by him, given the long term of incarceration he has already served and the non-violent nature of the offenses for which he was convicted.

Incredibly, Calvin’s positive nature hasn’t been dimmed at all by his time in prison. “I believe I can make an even bigger difference from sharing what I’ve learned from my journey from this charge and sentence.”