Atiba was diagnosed with schizoaffective disorder at age 24 and started selling small amounts of crack so he could purchase marijuana for self-medication. He is serving a 42-year prison sentence for two counts of sale of cocaine and one count of possession. Bounced around facilities, Atiba does not have adequate access to his psychiatric medication. 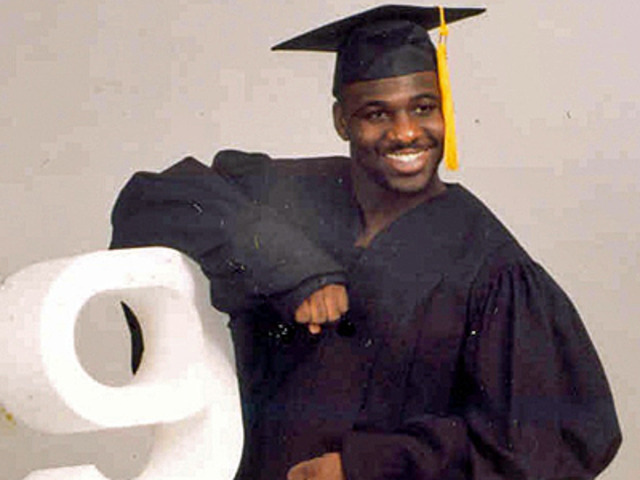 Atiba Parker is serving 42 years in prison for less than three grams of crack cocaine. An energetic and enthusiastic child, Atiba spent the first years of his life in Detroit, Michigan, where he regularly won citywide break-dancing competitions. When he was 13, Atiba’s mother left his abusive father and moved her children to Columbus, Mississippi. In Columbus, it became clear that Atiba had a learning disability. He entered special education classes and graduated from high school with a lot of hard work. Unfortunately, it was during his adolescence that Atiba began to hear voices and see faces that were not there.

He was diagnosed with schizoaffective disorder, an illness characterized by hallucinations, extreme paranoia, mania and depression, at age 24. Atiba was inconsistent with taking his prescriptions and began to self-medicate, leading to two arrests for marijuana possession. He was fined a total of $1,250 and given probation. In 2001, Atiba was admitted into a Mississippi psychiatric facility for several months. He returned to his mother Ann’s house upon his discharge.

In 2005, Ann and Atiba’s doctor agreed that he could rent an apartment for more independence. Atiba was happy—he met new friends and spent time alone with his girlfriend. Unfortunately, many of Atiba’s new friends were selling drugs. He stopped taking his medication and began using marijuana to cope as his mental condition deteriorated. In order to purchase marijuana, he started selling small amounts of crack cocaine.

On July 13, a woman working as a confidential informant (CI) to avoid prison time for several felonies asked Atiba to bring crack to her motel room. Atiba sold her .23 grams of crack for $40. The next day the CI phoned again. He sold her .07 grams of crack for $20. When she pleaded for more on July 20, Atiba had nothing and eventually gave her a substance with an undetectable amount of crack cocaine.

Atiba confessed everything to his mother—his increasing struggle with mental illness and his use of marijuana to cope. With Ann’s help, he checked into rehab and achieved sobriety. Atiba’s doctor reported that as he continued to take his medicine consistently, he became more responsible and independent. Atiba also secured a full-time job, where he worked for nine months with excellent performance reviews.

On September 24, the police notified Atiba’s mother that she would not be getting her car back, because .1 of a gram of cocaine residue had been found in its ashtray. Atiba was charged with two counts of selling cocaine. He refused to accept a 16-year plea bargain and went to trial. He was found guilty. In November 2006, he was sentenced to 20 years for selling .23 grams and 14 years for selling .07 grams.  The sentences would run consecutively, giving Atiba a 34-year sentence. In 2009, the government indicted Atiba on the third count of possession of less than .1 grams of crack. They used this conviction to enhance his sentence so that he was treated as a habitual offender, requiring an extra 8-year sentence, for a total of 42 years.

Since his incarceration, Atiba has been transferred from facility to facility without access to his psychiatric medication. He has remained sober since completing rehab in 2005 and finds solace in the Bible. Ann spends her days trying to secure adequate legal representation for Atiba and has incurred tremendous debt.  She writes:

I have always taught my children that if they do something wrong there are consequences…nevertheless, the amount of drugs my son was prosecuted for did not justify his life being taken away.