After selling drugs to support their addictions, Angela and Kimberly were sentenced to 15 1/2 years and 19 1/2 years, respectively, based on minimum guideline sentences.

In 2012, Angela’s sentence was reduced from 188 months (15 ½ years) to 150 months (12 ½ years) thanks to the retroactive application of changes to the crack cocaine sentencing guidelines. She was released on September 6, 2013. 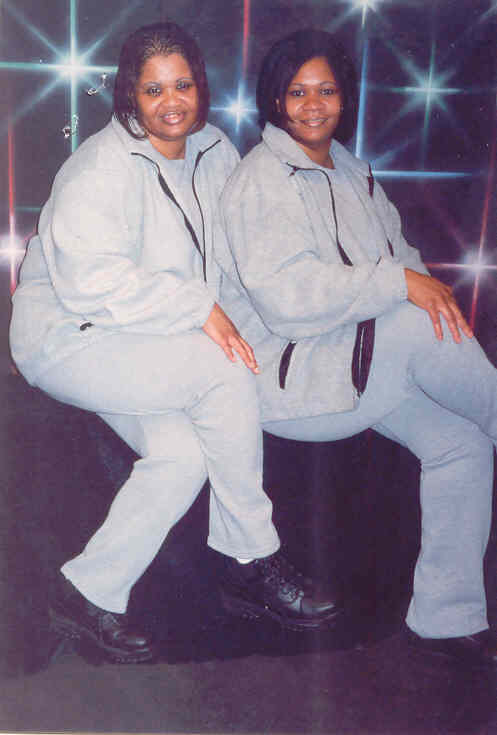 The Bush sisters were born and raised in Chattanooga, Tennessee.  Their abusive father abandoned the family when the girls were young, leaving their mother to support eight children on welfare.  Growing up in poverty in local housing projects, Kimberly and Angela were introduced to drugs and crime at a young age.  Both women dropped out of school in eighth grade; Kimberly attained various minimum wage temp jobs and seasonal work over the years while Angela performed janitorial and factory work.  By the time they were teenagers, both women were addicted to crack and sold drugs to support their addiction.

Authorities became suspicious of Angela and Kimberly when a defendant in an unrelated crack case claimed to have sold drugs to Kimberly and her boyfriend in the past.  Police quickly arranged for a criminal informant (CI) to make two controlled buys from Angela and Kimberly; the first deal was for 21 grams of crack cocaine, the second for 20 grams of cocaine. The deals occurred over a three-month period from December 1997 to February 1998 and both Kimberly and Angela were present for each deal.  After the second controlled buy, their car was pulled over.  The two women and Kimberly’s boyfriend were questioned and they admitted to possessing drugs but they were not arrested at the time.

In 1999, the government approached Kimberly’s boyfriend with a proffer letter.  In return, he submitted a statement in which he admitted to purchasing as much as one kilogram of powder cocaine a week, cooking it into crack and then selling it to Kimberly, Angela and the criminal informant.  The CI claimed that he had purchased crack cocaine from the sisters on a weekly basis for approximately nine months.  Kimberly, her boyfriend, Angela and another friend present during one of the controlled buys were all arrested in September 2002.  Kimberly and Angela were accused of distributing five ounces of crack cocaine a week from 1997 to 1998. All four codefendants pled guilty and the government held the sisters accountable for 7.3 kilograms of crack.

The amount of drugs in the conspiracy warranted a base offense level of 38 for Angela.  After a three-point departure for acceptance of responsibility and a two-point departure for substantial assistance, Angela’s adjusted guideline level was 33.  With a criminal history category of IV she was sentenced at the bottom of the guidelines to 15 ½ years.

Kimberly also had a base offense level of 38, and received a two-point departure for substantial assistance as well as a three-point departure for acceptance of responsibility.  She was considered a career offender due to her two prior felony charges and, with an adjusted offense level of 33, was sentenced at the bottom of the guidelines to 19 ½ years. Kimberly’s boyfriend received a 12-year sentence. The friend who was in the car for one of the controlled buys received a sentence of 9 ½ years.

Angela and Kimberly’s incarceration has been extremely hard on their families.  Angela has three children between the ages of 14 and 21. The youngest child was put into foster care after Angela’s arrest. Kimberly has six young children who are split up between three different aunts.