Deep in addiction and mental illness and trying to scrape together enough money for gifts for her kids one Christmas Eve, Amber Carlson agreed to transport methamphetamine for a drug dealer. She had no prior felony convictions, but she got a 10-year sentence. 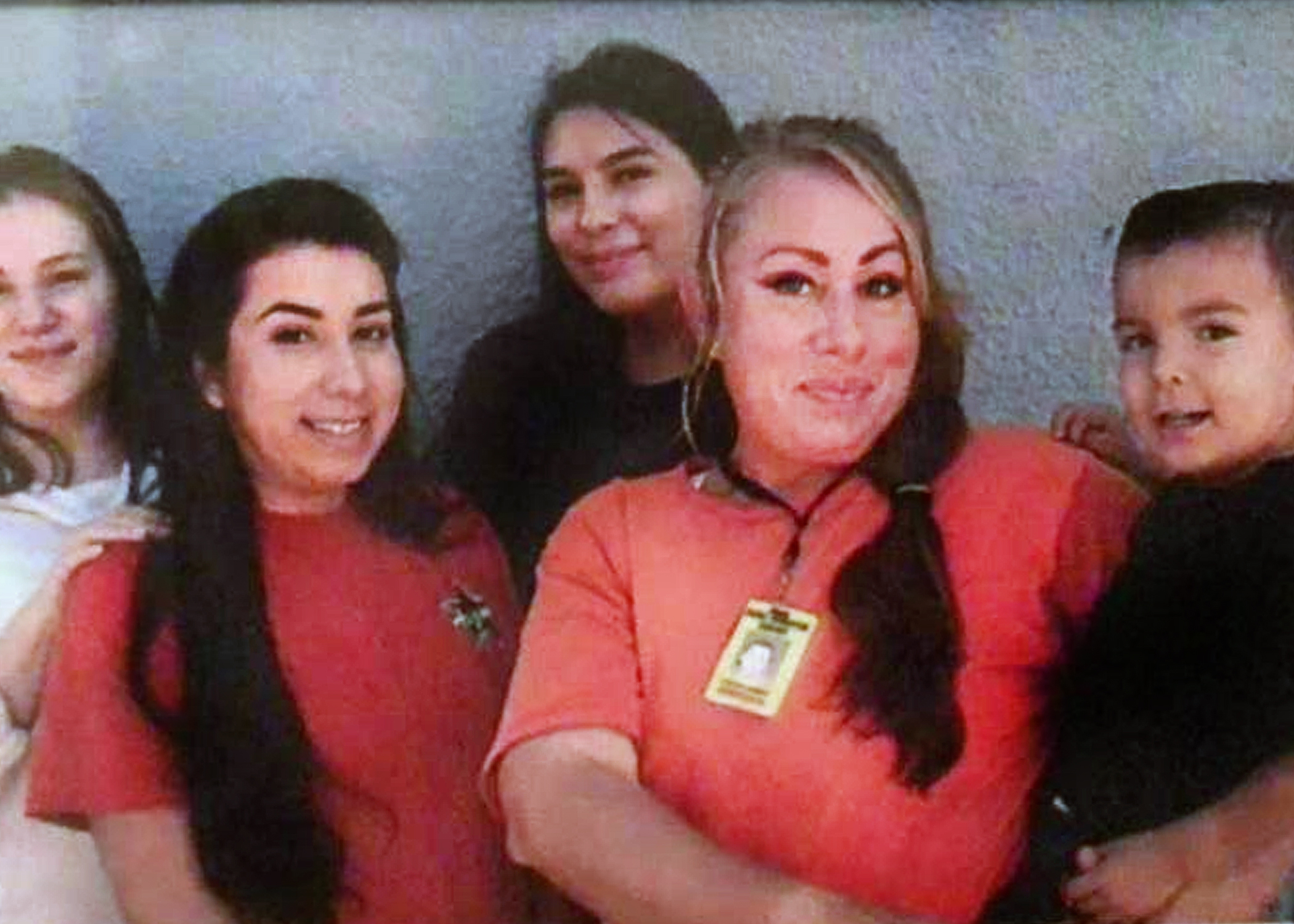 By most reports, Amber Carlson is a loving, wonderful mother and sister who has filled her three children’s lives with laughter, warmth, and love. A single mom, she sacrificed much for them. But now Amber is in state prison for a decade. Her three children, now 16, 17, and 24, only see her in the prison visiting room. “We’re very close,” says her eldest, Elizabeth. “It’s always been just us —me, her, and her sisters. So when it got broken up, we all felt lost, especially the kids.”

Everything “got broken up” for Amber on Christmas Eve one year, when her addiction to drugs and her mental illness ran her life badly off-course. It was the holiday season, and as December 25 drew closer, Amber was scrambling for enough money to buy presents for her kids and make rent that month. On December 24, 2012, she agreed to be a mule—bringing drugs from Arizona to New Mexico. But on the way, a police officer stopped the vehicle for a window tint/crack violation. Because there was a problem with the license plate, the officer ended up searching the car and found methamphetamine in Amber’s purse. She was arrested for transporting the drug for sale.

Amber had no prior felony convictions. Her sentence was two 10-year terms, to be served concurrently, and Christmas was canceled that year for her family.

When Amber was arrested, she was 36 years old, and most of her life had been rough. She accepts that she made mistakes and deserved to be held accountable for them, but looking back, she also feels her actions were not a surprise. “I am the oldest of four girls. My single mother was addicted to both heroin and meth and was in and out of prison my entire childhood and most of my teen years. I was often responsible for raising my little sisters while my mom was away, so I missed a large amount of school. I was also molested a number of times by my mom’s friends and an uncle when I was very young.”

“As kids, there was a lot of neglect,” says Krystal Baca, Amber’s sister. “We were passed from relative to relative, friend to friend. Nothing stable.”

At 15, Amber gave birth to a baby girl, and the two lived with her mother until she kicked them out. Amber also battled mental illness throughout her life and became addicted to methamphetamine at age 18. 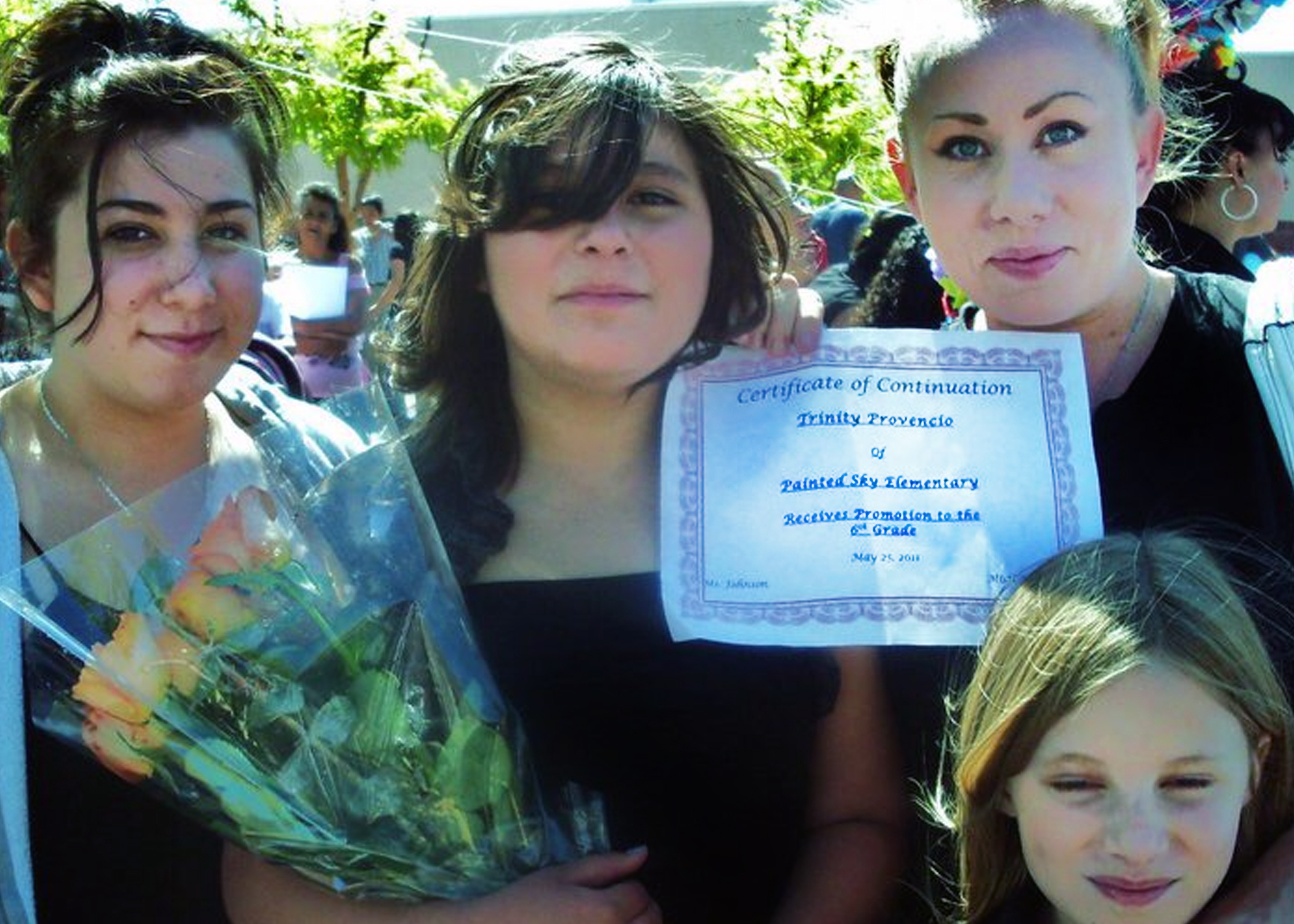 “But when I found out I was pregnant with my second daughter, I stopped using immediately, got engaged to the father of my children, and for a few years we did good.” Amber even ran her own landscaping business for four years; later, she would note that losing it was the catalyst to a very low period in her life.

“We got back into drugs and our family fell apart. Michael, the father of my kids, left. I again got clean. For years I struggled being a single mother of now three young girls. I also ended up being diagnosed as being extremely bipolar and slight paranoid schizophrenic. I started going to doctors, who put me on meds—lithium and respiridal. I was doing good, finally doing good. I was going to church, had a nice house for just me and my girls. Then I couldn’t pay for my meds and stopped going to the doctor. Then I got back on meth.

“Within three years I ended up losing everything and was back to struggling. Then I made the worst decision of my life. And I got busted because of course I was high, and here I sit for 10 years flat.”

Despite the fact that her crime was driven by addiction and mental illness, she was still sentenced to two 10-year mandatory minimum sentences based on the amount of drugs involved: six pounds of methamphetamine, a “dangerous drug” that carries a longer presumptive sentence. At sentencing, the judge decided to run both sentences concurrently but had no flexibility to consider Amber’s need for drug and mental health treatment or her family situation. (The family’s difficulties were compounded when tragedy struck: Four days after Amber had to report to prison, her little sister Autumn was killed in a car accident. Sister Krystal was left to take care of her own children, Amber’s children, and Autumn’s three kids.)

Through it all, Amber has always been always utterly devoted to her children. In a letter to the judge at Amber’s trial, her daughter, Elizabeth Mancilla, wrote: “[My mother] has never let me or my two sisters go hungry, without shelter, or without clothes, without love, and the best, without laughter!! We have always been put first and she would do anything for us!”

Amber needs no convincing that she broke the law and needs to be punished. In her own letter to the judge she wrote:

“Dear Honorable Judge Scales, I know I messed up! I know that better than anyone can tell me that! Just the look in my kids’ eyes tells me how much I messed up!” 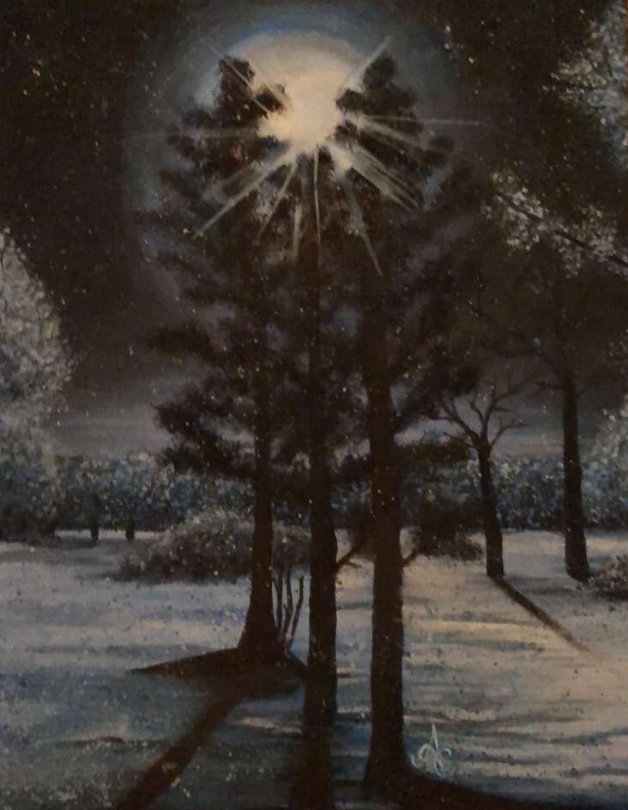 “I think she has a lot of hope,” says Krystal. “Structure has helped her. She’s been drawing a lot. My sister has so much talent. She’s won contests, and some of her work has been displayed in the state capitol. She’s sober, she quit smoking, she’s taking all kind of classes. But 10 years is way too long. She’s been through trauma, like all of us.”

Amber’s daughter Elizabeth is counting the days until her mother gets out. “We talk about it all the time. Our dream is to have our own property and have all of us living on one property. My mom, the kids, our kids.”

Priors: misdemeanor (petty theft), for which she received probation