Adam’s father Kenny is serving life for drug charges. He’s been behind bars for 24 years now, and Adam and his sisters bear the deep scars of their dad’s unfair punishment.

I was seven when a box truck backed up to our house and my parents began loading in anything we didn’t want to lose forever. This was before my parents’ trials. Anything related to my dad’s work, or otherwise, was going to be seized. Also before the trials, my mom stood up in the front of our church and asked the congregation if there was anyone willing to take me and my sisters—all three of us together, because she didn’t want us split up. That took a while to work out and we spent a few months at an orphanage. It was a rough experience for us to say the least. How some children spend huge portions of their life there, I will never know.

Meantime, my mom got a six-year prison sentence and my dad got life.

Having a positive relationship with a parent and only seeing them once a year is nearly impossible. 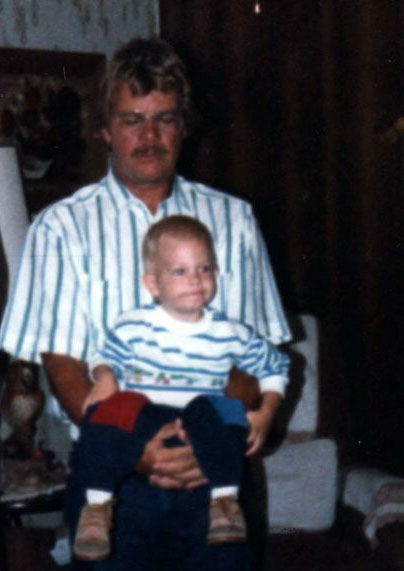 Eventually, we were blessed with Mr. and Mrs. Barkman and their family. They had four children of their own, and two were on their way to college. It was a massive undertaking to save three kids they didn’t know from what could have been years in the orphanage. Our lives were truly blessed by these people. It wasn’t perfect, though, for sure. We had to get to know each other for the first few years and adjust to their life as well as their family.

I remember constantly explaining to people where we came from and why we were now living with this new family. Eventually, it became second nature to give something like a statement to people as to why my life was the way that it was. In fact, I still use it to this day. Revised, perfected, and adjusted for each type of audience I encounter as needed.

Visits to see our parents—both in different, far-flung prisons—were rare, maybe once a year. Having a positive relationship with a parent and only seeing them once a year is nearly impossible. How much torture is that on both ends? Both child and parent know they are supposed to be together—but for younger kids, only one side knows why they are not. 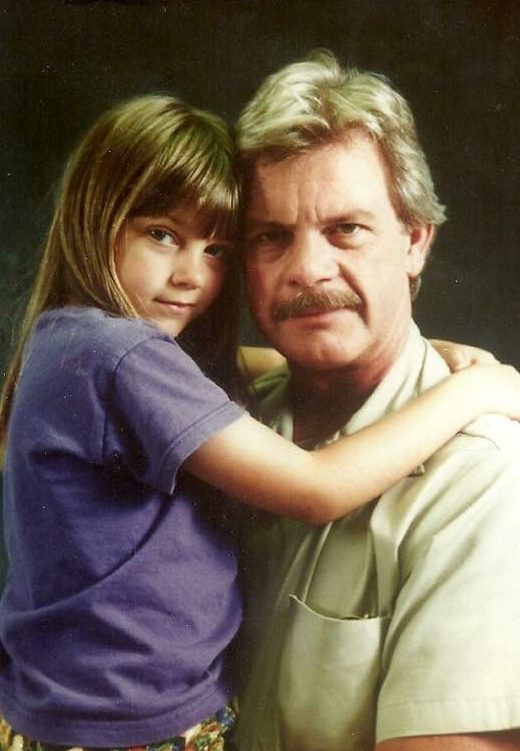 Finally, our mom was released. Great, right? Well, yeah, of course, but just because she is set free doesn’t mean the struggle for everyone will stop. I believe even if she had only been imprisoned a single year she would have struggled nearly as much as after serving six. We kids had to adjust to having a new parent … again. Who would be the same person after six years in prison? We were certainly not the same kids she knew when she was imprisoned.

The four of us lived in a two-bedroom place at first. My mom could barely afford even that, even working as hard as she was. She was nearly out the door before we got out of bed and was home much later than we were from school. Us kids watched her come home from long hours at a hard labor job just to have to then attempt to keep a home together for the first time in six years. A little later, she did manage to find a great job, where she still works today.

Meanwhile, my dad was—and still is—behind bars. My dad was 47 when he went to prison. As of this writing, he is 70 years old—key word being “old.” I worry constantly about his health. It has not been all that good despite him being very active keeping himself fit and involved in as much prison programming as possible. He has described some pretty heinous things he has had to do to himself to get some relief, including pulling one of his own bad teeth.

Don’t forget that our family, in so many ways, works just like your family.

The physical and mental damage done by spending so much time there puts my dad at a gross disadvantage at acquiring a successful, productive, and happy life if he ever is released from prison. I have already vowed that if my dad is released, I will gladly be his caretaker. 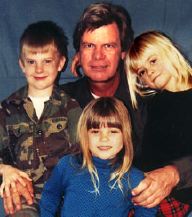 Our story is just a real-life snowball pulled from the tip of an iceberg that represents the struggles faced by so many families due to systemic norms in our justice system. Don’t forget that our family, in so many ways, works just like your family. Let’s give them a chance at a real life after prison or a life at all. How often is death by prison really necessary? Is prison just for punishment? Punishment for anyone associated? Or is there to be some reform in there so that something positive can come of people’s struggle to deal with the situation? I hope there is. I hope my struggle will have a positive impact and not go unnoticed.

Do we really believe that putting people away for long periods of time is helping anyone?

And as for my dad, if he ever is freed, there is no way my sisters and I will let him have a single grey day for the rest of his life.

In July 2018, Adam attended FAMM’s Families for Justice Now rally and lobby day in Washington, D.C. He chanted outside of the U.S. Capitol and met with lawmakerss from Utah to tell them his story. Like many children of prisoners, he is growing into his own as a passionate advocate for reform. Join Adam and FAMM by going to our Justice Now Action Center—together we can make justice happen now.