Second look sentencing would allow courts to reevaluate a person’s sentence after a significant period of time served in prison and determine if that sentence is still necessary. FAMM supports second look sentencing reforms because people change over time, and locking people up long past the point of necessity makes no one safer. 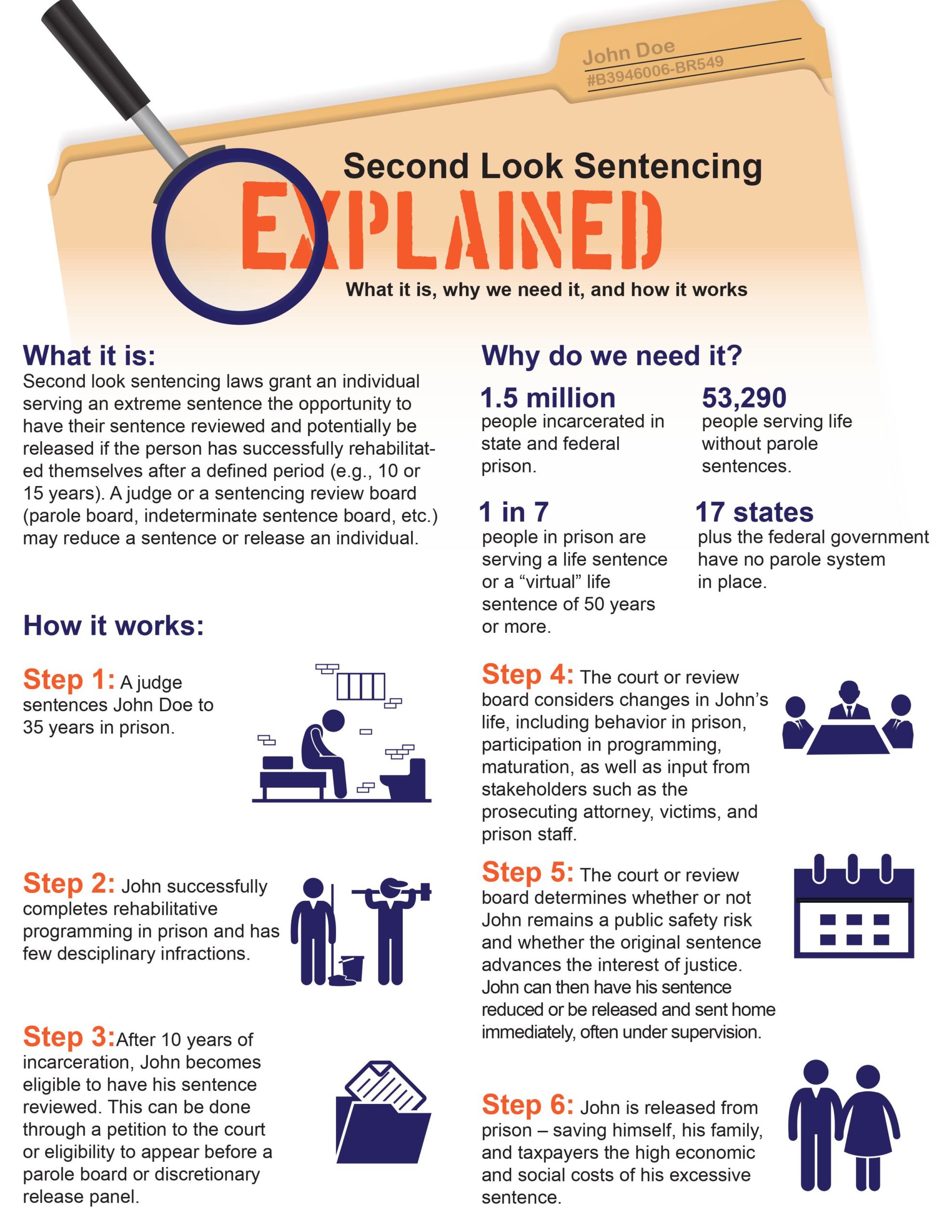 You can also learn more about the need for Second Look Sentencing by watching our video.

Learn more about up-to-the-minute Second Chance legislation across the country by visiting our living spreadsheet. It will be updated weekly on Mondays.

Second Chance Legislation in the States

Read FAMM’s Fact Sheet on Aging out of Crime

The Model Penal Code recommends a second look sentencing provision that allows people to be considered for a sentence modification after they have served 15 years, and reconsidered every 10 years after that. Learn more here.

On January 13, 2021, Washington D.C. Mayor Muriel Bowser signed into law the Second Look Amendment Act of 2019. This bill allows people sentenced for a violation of D.C. criminal code that occurred when the individual was under the age of 25 to petition the court for resentencing after the individual has served 15 years of their sentence. The judge may reduce the original sentence after concluding that the preson is not a danger to the safety of others and that the interest of justice warrants a sentence modification. This bill went to effect on April 26, 2021. Learn more about the bill here.

The American Bar Association has adopted Resolution 502, which calls for second look resentencing hearings after people have been incarcerated for 10 years. Resolution 604, its set of principles for reducing mass incarceration, calls for the adoption of second look laws and expansion of compassionate release mechanism.