At this moment, thousands of people safely completing their sentences at home are living in fear that they’ll be sent back to federal prison through no fault of their own. A memo issued in the final days of the Trump administration threatens to send around 4,500 people on home confinement back to federal prison after the pandemic ends. This memo, from the Department of Justice Office of Legal Counsel (OLC), is incorrect. Moreover, none of these people were told that they might be sent back and most made plans for a future with their families at home. If the Biden administration doesn’t act to fix this, these families will be torn apart.

The Biden administration should grant clemency to the thousands of people currently at home with their families under CARES Act home confinement.

Take Action: Join us in urging the Biden administration to grant clemency to the 4,500 people currently at home with their families who are at risk of being sent back to prison! 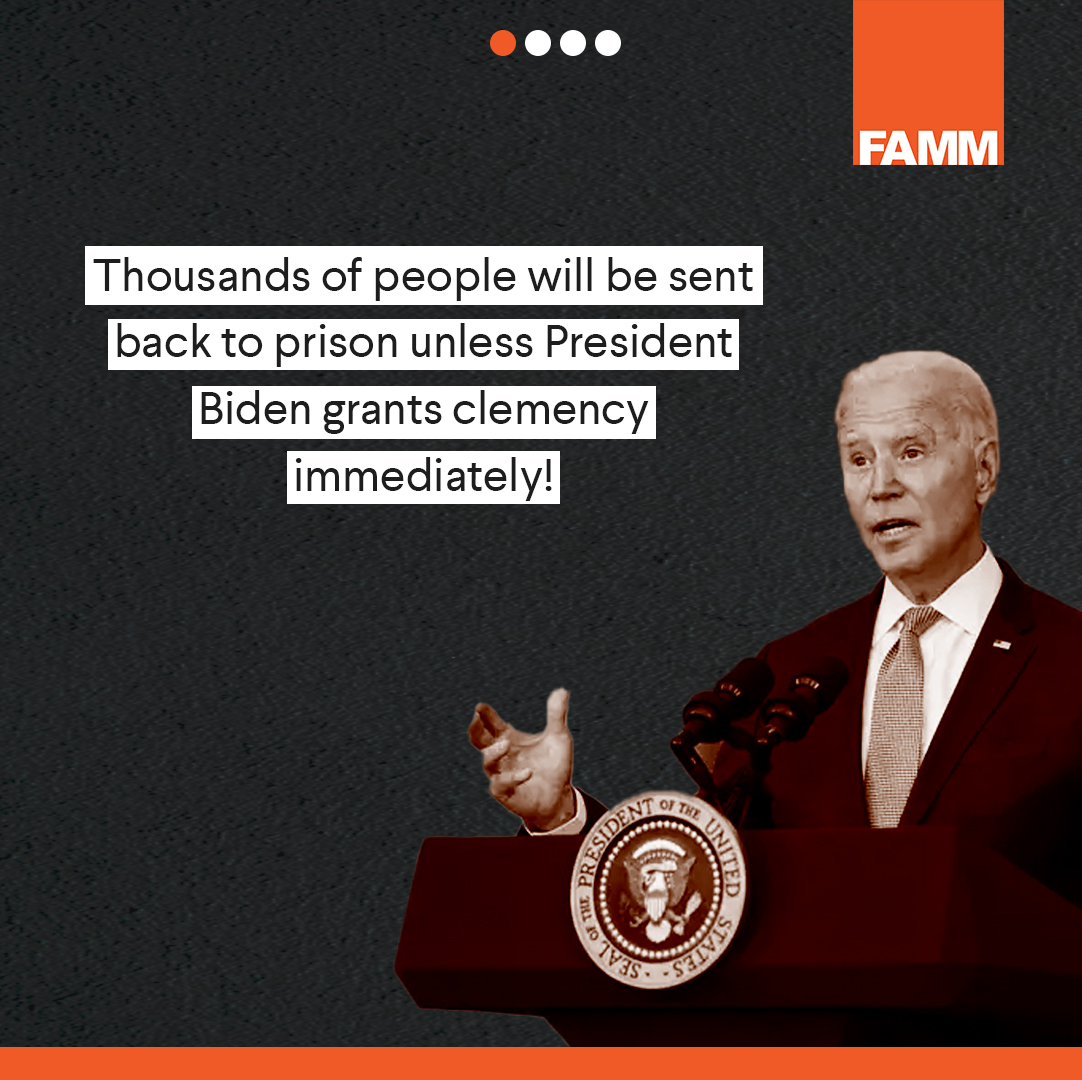 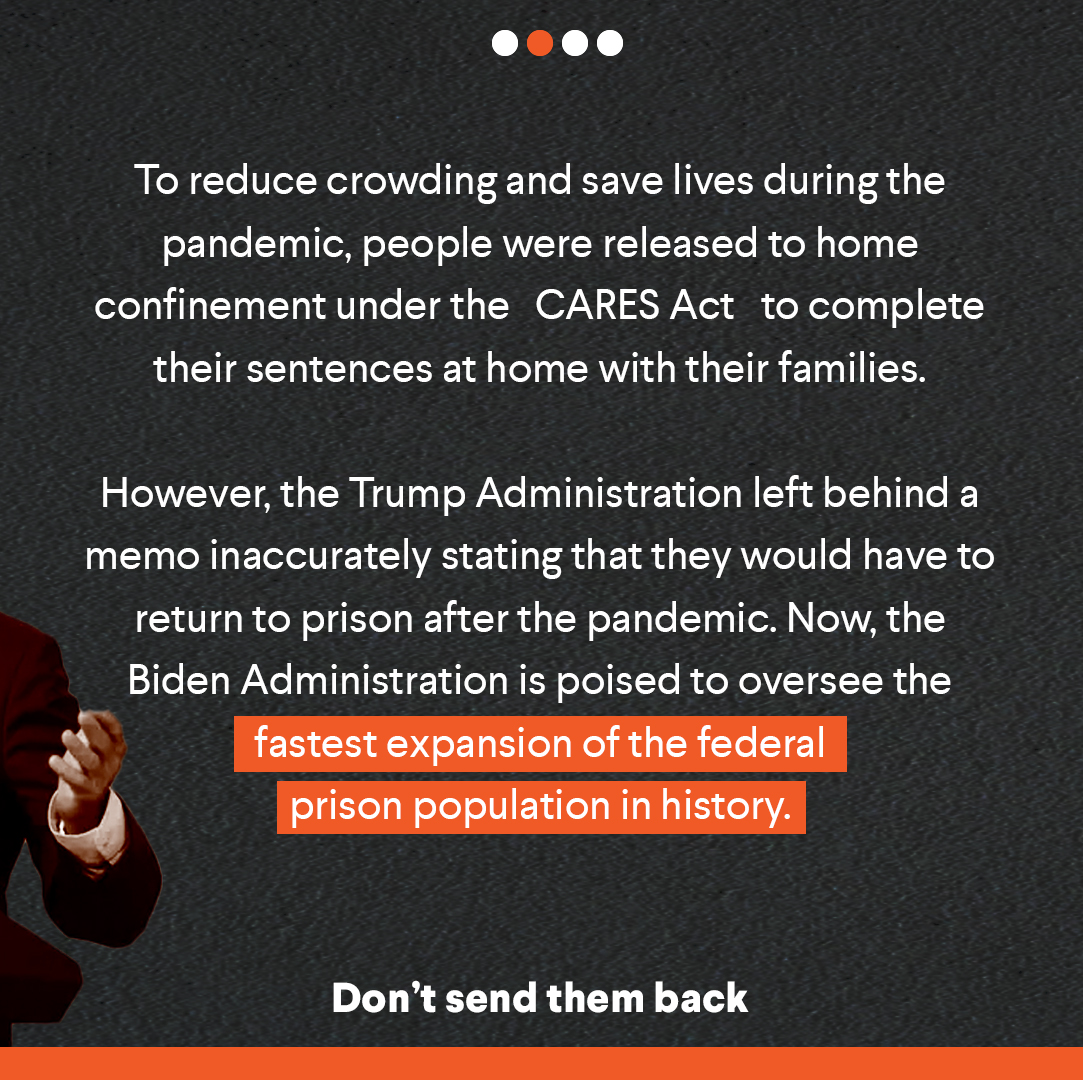 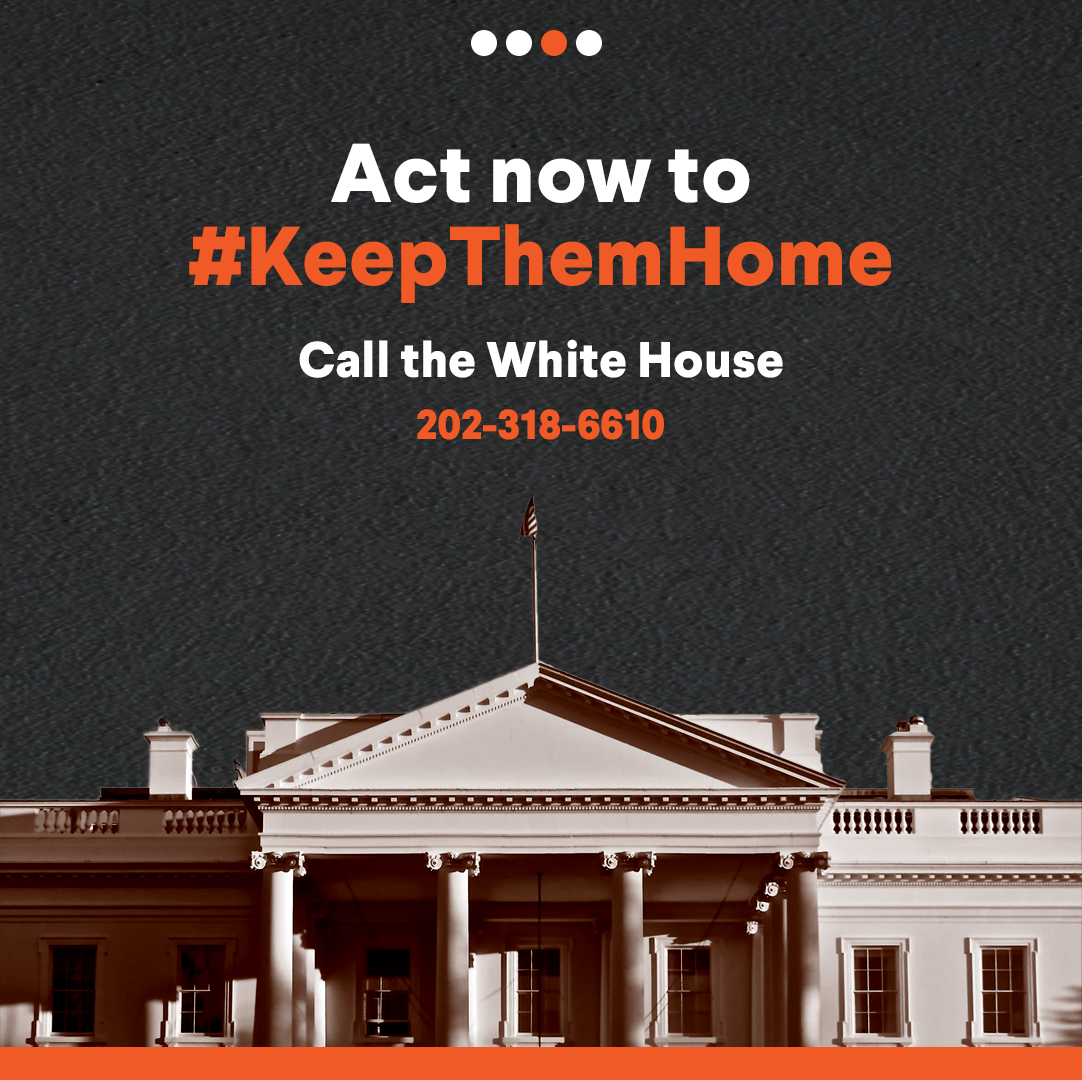 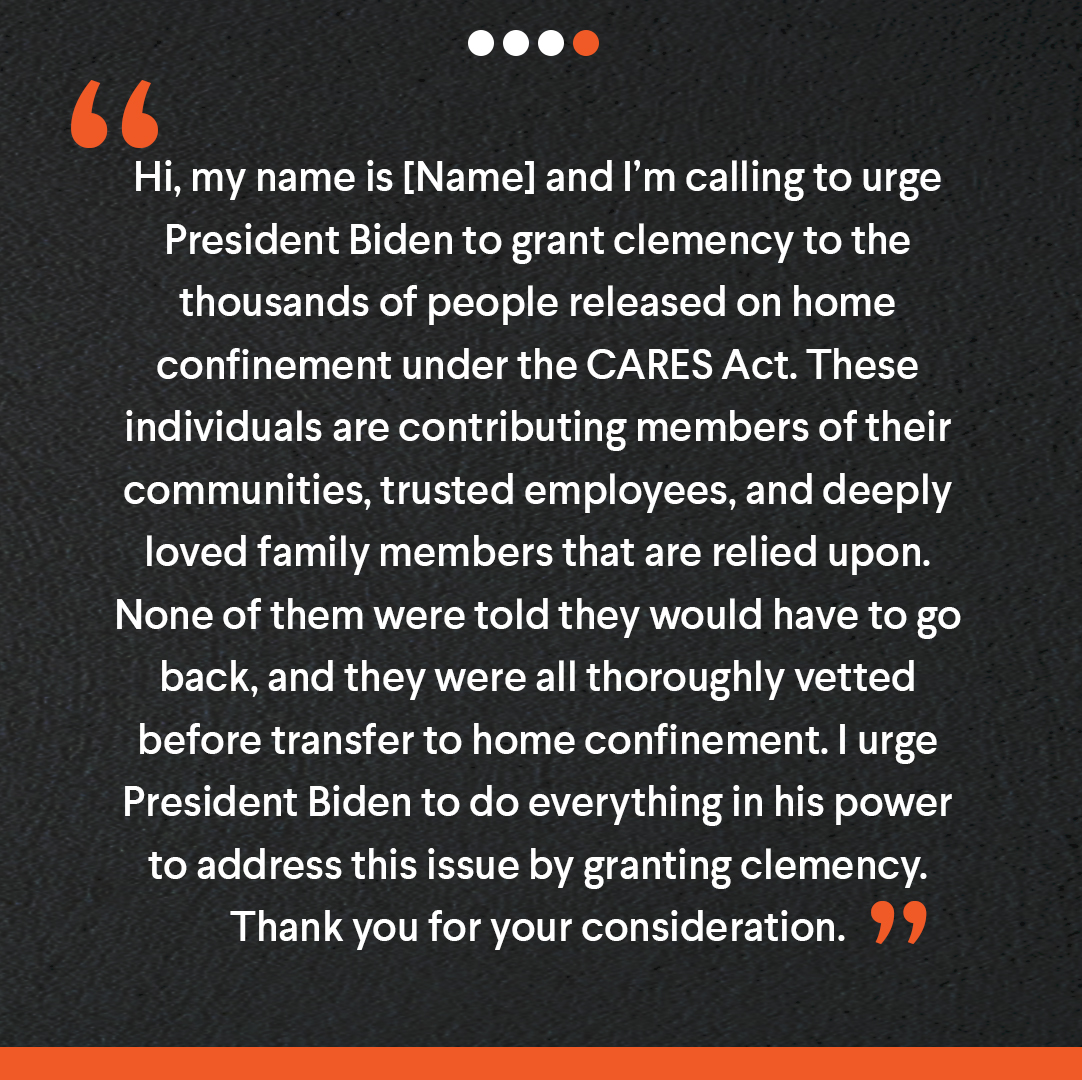 Kendrick Fulton, Miranda McLaurin and Robert Edwards—three returning citizens released on home confinement—share how they’re affected by the Trump Department of Justice’s memo from the Office of Legal Counsel (OLC), which incorrectly states that people released to home confinement under the CARES Act must return to prison after the pandemic.