“With FAMM, I wrote a letter to Tennessee’s lieutenant governor about how wrong I thought the drug-free school zone law was. I’m not naive: I know perfectly well that he wasn’t going to help [my daughter] Sara herself. But I wanted to tell him how that bad law affected my family, so that maybe he would take a second look at the law. So that no family would have to go through what ours is going through.” — Teresa Moore, Tennessee advocate

Maybe you’re a parent of someone in prison. Or perhaps you’ve been recently released, and even as you struggle with reentry, you want to use your new freedom to fight for change. At FAMM, we know how you feel. We know about the loneliness and the stigma, the frustration at the criminal justice system.

We’re in this together — and together, we have much more power than we do individually. Below, you’ll find tools, resources, and inspiration to navigate your own situation, as well as the power to create real and lasting change in the system.

For more information on FAMM’s advocacy work, visit Our Work.

For Families of Prisoners

Here you’ll find everything from how to find a lawyer to emotional support to ride-sharing to what to expect on prison visiting days. As always, you can give us a call at (202) 822-6700. We’ll try to answer your questions, and if we can’t, we’ll try to point you to someone who can. Also, take a look at our Facebook group and join our lively and important conversation about criminal justice reform.

Although we wish we could help, FAMM cannot provide legal help, representation, advice, or referrals to other attorneys.  If you or a loved one are facing criminal charges, sentencing, or trying to find a way to shorten a prison term, please contact the state or federal public defender’s office in your area (depending on whether the person is being tried in state or federal court) or a private criminal defense attorney. These resources may help.

The President of the United States has the power to grant commutations (sometimes also called “clemency” or a “grant of clemency”) to federal prisoners. If granted, a commutation reduces a federal prisoner’s sentence but does not restore any other rights (for example, the right to vote or own guns).

State prisoners must request commutations from their state governors, not the president. View a chart on your state’s commutation process here.

For prisoners in extreme circumstances, such as terminal illness, early release may be possible through compassionate release.

Mandatory minimum sentencing laws require harsh, automatic prison terms for those convicted of certain crimes, most often drug offenses. Congress enacted mandatory minimums for drugs in 1986 and toughened them in 1988 to apply to drug conspiracies (and certain gun offenses). The sentence is determined solely by the weight and type of drug, or the presence of a firearm during a felony offense.

Congress enacted mandatory minimum sentencing laws to catch drug “kingpins” and deter drug sales and use. But the laws undermine the American tradition of justice by preventing judges from fitting the punishment to the individual’s role in the offense. Because of mandatory sentencing laws, the population of federal prisons has soared and they are filled with low-level, nonviolent drug law violators – not the “kingpins” mandatory sentences intended to apprehend.

There are federal mandatory minimum sentences for gun offenses — even when there was no violence and no one was hurt. The federal gun statute, 18 U.S.C. sec. 924(c), tells judges they must sentence people convicted of drug crimes or crimes of violence who possessed or used a gun to an extra mandatory minimum sentence of at least five years for the gun, on top of the sentence for the drug or violent crime. Sentences can get very long under the gun statute as mandatory minimums of five, 10 or more years for underlying offenses are increased by five, seven, 10 or even 25 or more consecutive years for the gun offense.

The Armed Career Criminal Act (ACCA), 18 U.S.C. sec. 924(e), requires judges to automatically sentence individuals who are in possession of a firearm or ammunition to a 15-year mandatory minimum if he or she has three prior convictions (committed on separate occasions) for either serious drug offenses or a violent felonies.

The U.S. Sentencing Commission is currently reviewing the guidelines for child pornography offenses and determining how they can be improved. FAMM supports this review. While serious crimes can devastate victims and communities, and many of these crimes warrant severe punishment, even mandatory minimum sentences for these offenses can sometimes produce unintended or strange consequences.

There are numerous types of federal fraud offenses: identity theft, wire fraud, mail fraud, tax fraud, and honest services fraud are just a few. The sentencing guidelines for these offenses are full of problems.

Facts and Answers About Prison
MORE

The Bureau of Prisons (BOP) manages federal prisoners, including providing food, clothing, drug treatment, mental health care, transfers to different prisons, and medical care. If an incarcerated loved one is having problems in a federal prison, use the resources below. Unfortunately, FAMM cannot help prisoners with these issues, and we cannot provide legal help, advice, representation, or referrals to attorneys.

People in state (not federal) prisons must deal with problems through their state prison systems’ administrative remedies procedures — the federal Bureau of Prisons cannot help, unless the state prisoner is incarcerated in a federal facility. State prisoners can ask their wardens, case managers, or counselors for information and forms to file complaints and get relief.

Also check out FAMMilies in Action. This group is for former prisoners and people who have a loved one in prison. It’s a place to share resources, stories, and to keep up with criminal justice reform efforts across the nation.

Reentry can be overwhelming. High expectations can sometimes meet cold reality, and you might find yourself underprepared or lost. Here are some resources that can help. 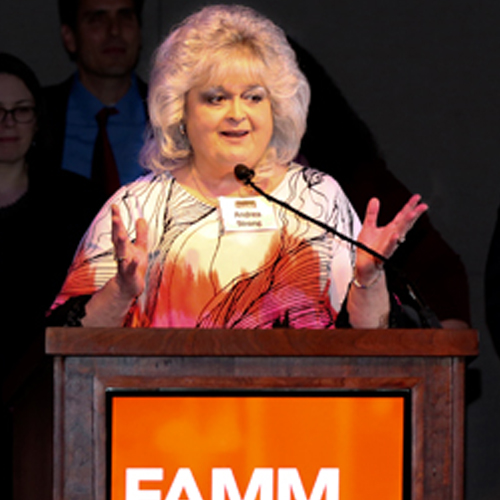 “When it comes to families, it doesn’t matter where they’re from or what their loved one did to end up behind bars — my pain, you see, is just like their pain. We all need each other to get through this.” — Andrea Strong, former Director of Member Services at FAMM

Many FAMM families and released prisoners have shared their stories, written to their local newspapers, and called their state and federal lawmakers. They’ve even testified before Congress!

Learn more about advocating with us by visiting our Justice Now Action Center.

I Want to Take Action!