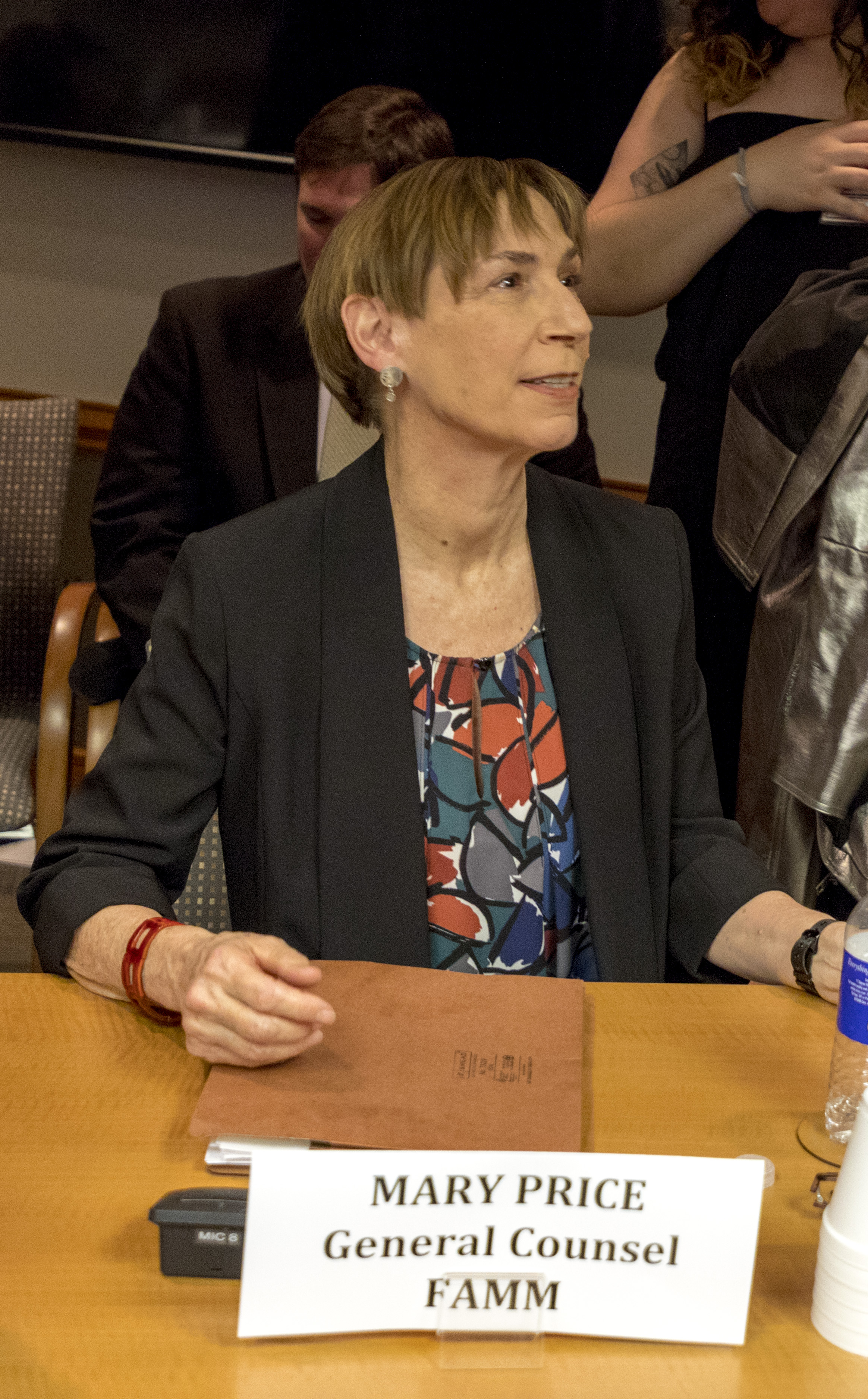 Mary Price is General Counsel of FAMM. She directs the FAMM Litigation Project and advocates for reform of federal sentencing and corrections law and policy before Congress, the U.S. Sentencing Commission, the Bureau of Prisons, and the Department of Justice.

Ms. Price was a founder of Clemency Project 2014, serving on its Steering, Screening and Resource committees. She is a member of and Special Advisor to the American Bar Association’s Criminal Justice Section, is a member of its Sentencing Committee, serves on the ABA’s Sentencing Standards Task Force, and was a member of the Task Force on the Reform of Federal Sentencing for Economic Crimes. Previously, she served on the Practitioners’ Advisory Group to the United States Sentencing Commission. She is a member of the National Association of Criminal Defense Lawyers (NACDL) and serves on its First Step Implementation Task Force. Ms. Price is a founder of the Compassionate Release Clearinghouse, a joint project of FAMM, NACDL, and the Washington Lawyers’ Committee for Civil Rights and Urban Affairs.

Ms. Price’s expertise on federal sentencing law and policy has led to media interviews and guest slots on national outlets such as the PBS NewsHour, MSNBC’s Up with Steve Kornacki, NPR’s Morning Edition and All Things Considered, HuffPost Live, and The Diane Rehm Show, among others. She is frequently interviewed and quoted in national print and on-line media. Her op-eds and articles have been published in a variety of outlets including Forbes, the National Law Journal, Huffington Post, the Federal Sentencing Reporter and Main Justice. She has appeared on academic and conference panels addressing issues such as the economics of sentencing reform, compassionate release in the federal Bureau of Prisons, and white collar sentencing. She has testified on numerous occasions before the United States Sentencing Commission on reforms to the federal sentencing guidelines.

She was honored in 2019 by NACDL with its Champion of Justice Restoration of Rights Award for her work on clemency and compassionate release.

Prior to joining FAMM, Ms. Price was associated with the law firm of Feldesman, Tucker, Leifer, Fidell & Bank, LLP where she handled appeals of courts martial and conducted administrative advocacy on behalf of U.S. service members.